The Gudebrod family emigrated from Germany in the mid 1800's. There were a total of seven brothers whose ages spanned well over 30 years. The family settled near Windsor Locks, Connecticut, where Christian Gudebrod, the oldest of the family, found employment at the Smith Silk Mills in neighboring Middletown. After spending over a year in the manufacturing side of the business, Christian was asked to try his hand at selling the company's products. He accepted and, in this new capacity, became quite successful as a marketer of silk sewing threads. He later joined Belding Bros. Silk Company, which was the predecessor of the present Belding Hemingway Textile Company, and went on to become their top salesman for the next several years.

In 1885, John Bertram, who owned a small silk mill in Windsor Locks, Connecticut, decided to retire and offered his business for sale. Christian, seeing this as an opportunity to being in his own business, negotiated the purchase of the John Bertram Silk Company and renamed it The Champion Silk Company. Shortly thereafter, Christian brought his brother Frederick into the business as a partner, and over the next several years both Christian and Frederick would alternate running the plant as well as commuting to New York City to call on their customers. As the business prospered, they brought in a third brother, Philip, who was placed in charge of manufacturing. This allowed both Christian and Frederick to devote all of their time to selling and promoting the company's products.

In 1883, the John B. Cutter Silk Mills of Bethlehem, PA, which was founded in 1870, went into bankruptcy. The brothers saw this as an opportunity to continue to expand their business and immediately purchased all of the assets, machinery, stock and goodwill of the Cutter Silk Mills. This was a much larger manufacturing facility than the brothers were operating in Windsor Locks and, as a result, decided to merge their company into the Cutter Silk Mills and move the entire Windsor Locks plant to Bethlehem. They successfully continued to operate as the Cutter Silk Mills as well as the Champion Silk Mills in Bethlehem only for the next year as, at that time, Charlie Schwabe had his well known fight with Andrew Carnegie; and in order to force his way into the steel business in Bethlehem, Schwabe purchased the entire valley and gave mills, ware houses, homeowners and small property owners one year to relocate their business to other areas.

The brothers began looking for other plants outside the area of the Schwabe ownership and were fortunate in locating an idle plant in Pottstown, PA, that was ideally suited to the manufacture of silk products. The brothers bought the property in 1895 and moved all of their manufacturing equipment from Bethlehem to Pottstown where the company continues to operate today. Also, at the time they moved their business to Pottstown, they decided to rename the company ''The Gudebrod Brothers Silk Company, Inc.''.

Once they were settled into their new home, the brothers realized the importance of diversifying their product line and, along with other products, began research in developing a silk suture that would be acceptable to the medical industry. After an unsuccessful attempt to market a twisted silk suture, the brothers went back to the drawing board and developed a braided silk suture which today has become the standard of the non-absorbable suture industry. Later the company worked with the Dental School of The University of Texas in developing a new unwaxed dental floss that has become, until recently, the best selling floss in the country.

At the turn of the century, two more Gudebrod brothers joined the company: Edward, who joined the manufacturing side of the business and resided in Pottstown, and Charles, who worked as a salesman out of the company's New York office. Both of these brothers went on to become consecutive presidents of the company, and it was through their innovation and foresight that the company continued to expand and diversify into many of the new synthetic yarns that became available after World War II. In fact, as the company had become less and less dependent on silk as a basic fiber, it was decided in the early 1970's to once again change the name of the company from The Gudebrod Brothers Silk Co., Inc. to simply Gudebrod, Inc..

Today, the company manufactures and markets a highly diversified line of specialty textiles that include: braided fishing line, rod winding and fly tying thread for the angler; braided lacing tape and overbraid yarn for the aerospace industry; dental floss and medical cords for the medical industry; and yes, we still make silk sewing thread for the menswear and jewelry trades and are probably the last manufacturer of silk thread in the United States today.

Many times we have been asked, ''What is the secret of your company's success for all these years?'' and we were always able to answer in one word: ''Quality.'' Christian and Frederick Gudebrod, the founders of our company over a hundred years ago, had the philosophy that the best quality was always the cheapest in the long run and, further, that if you continued to make quality products, you would continue to have customers. This philosophy has been carried down to present day management; and today, in whatever industry Gudebrod services, whether it be sport fishing, aerospace, sewing or medical, the name Gudebrod is recognized as the quality leader in each industry.

Dacron ¨, Kevlar ¨, Mylar ¨, Nomex ¨, and Teflon ¨ are registered trademarks of the Dupont Co. 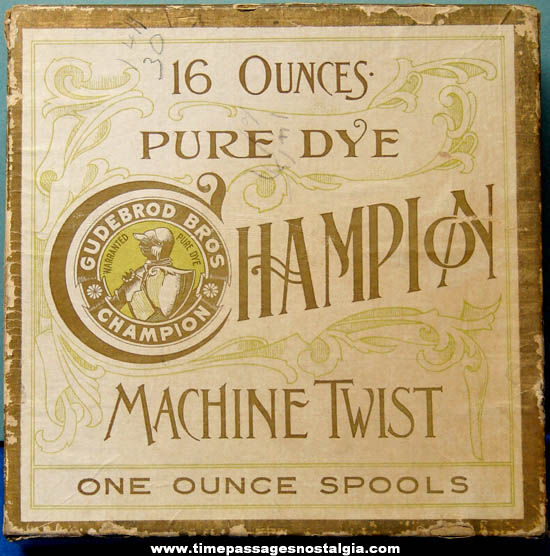 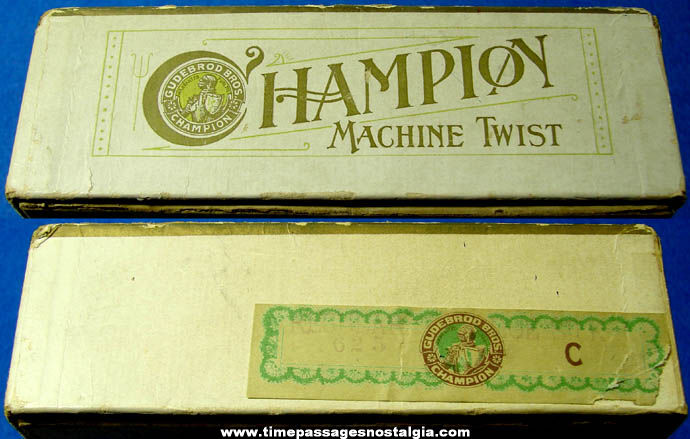