She operated off the West Coast during most of 1961, and made a brief cruise to Pearl Harbor and Okinawa. Point Defiance departed Long Beach for the western Pacific in January 1962. In May she landed Marines at Bangkok, Thailand. In October she transited the Panama Canal and steamed to the Caribbean ready to act if needed during the Cuban Quarantine.

1963 - 2011
In early 1963 Point Defiance carried bathyscaphe Trieste from San Diego through the Panama Canal to Boston for deep search operations into the cause of the loss of the nuclear submarine Thresher (SSN-593).

In September Point Defiance was on her way to the western Pacific again. In October she steamed to Vietnam to safeguard U.S. interests, and in November participated in another combined amphibious operation with the Republic of China.

From April to September 1964, Point Defiance operated in the eastern Pacific, then underwent overhaul. She departed for the western Pacific on 27 April 1965 and off loaded men and equipment at Da Nang, South Vietnam, on 26 May. On 18 June she helped rescue survivors from the midair collision of two Guam based B-52s. In July she landed Marines at Qui Nhơn, South Vietnam, and in early August helped salvage U.S.S. Frank Knox, aground on Pratas Reef. In late August she took part in Operation Starlite, an amphibious raid at Van Tuong, South Vietnam, which inflicted heavy enemy casualties. After another successful amphibious landing, she returned home on 24 November.

Point Defiance again departed for the western Pacific on 27 March 1966, and began transporting troops and equipment from U.S. bases in the Far East to South Vietnam. She returned to Long Beach on 24 June, but deployed to South Vietnam again on 1 November. On 11 January 1967 Point Defiance participated in Deckhouse V, a major U.S. operation in the Kien Hoa area. On 18 May she sent U.S. Marines on to the beach in the southern half of the Demilitarized Zone, exchanging fire with North Vietnamese shore batteries. She returned to Long Beach on 24 June.

On 7 May 1968 Point Defiance was off on another deployment to the Western Pacific, once again with an amphibious ready group off Vietnam. She returned to Long Beach on 18 December.

In the summer of 1969, Point Defiance carried a contingent of Naval Academy Midshipmen from San Diego to Seattle to Honolulu and back to San Diego.

1968 - 2011
Decommissioning, 1983 - 2011
Point Defiance was decommissioned on 30 September 1983 and her name struck from the Naval Vessel Register on 24 February 1992. She was sold to Pegasus Inc., on 29 September 1995, but repossessed by the Navy, 1 July 1997. Custody was transferred to Maritime Administration (MARAD), 18 December 1998, and she was laid up in the National Defense Reserve Fleet, Suisun Bay, Benicia, California. On 28 July 2011, Point Defiance was sold by MARAD to All Star Metals of Brownsville, Tx for $578,539 to be dismantled. Point Defiance departed the Suisun Bay Reserve Fleet on 8 September to be cleaned by Allied Defense Recycling at the former Mare Island Naval Shipyard. Point Defiance was towed to Brownsville upon completion of the cleaning and is currently undergoing scrapping. 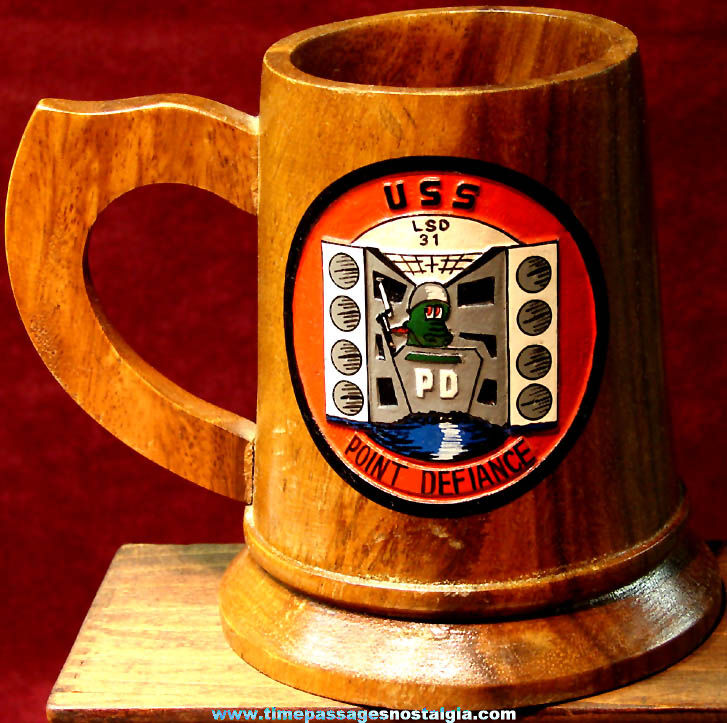