''The board of trustees, known as the Corporation, consists of about 75 national and international leaders in higher education, business and industry, science, engineering and other professions. Forty-seven alumni, faculty, researchers and staff have won Nobel Prizes. William Barton Rogers, the Institute's founding President, believed that education should be both broad and useful, enabling students to participate in "the humane culture of the community" and to discover and apply knowledge for the benefit of society. His emphasis on "learning by doing," on combining liberal and professional education, and on the value of useful knowledge, continues to be at the heart of MIT's educational mission.''

''MIT's commitment to innovation has led to a host of scientific break-throughs and technological advances. Achievements of the Institute's faculty and graduates have included the first chemical synthesis of penicillin and vitamin A, the development of inertial guidance systems, modern technologies for artificial limbs, and the magnetic core memory that made possible the development of digital computers. Exciting current areas of research and education include neuroscience and the study of the brain and mind, bioengineering, the environment and sustainable development, information sciences and technology, new media, financial technology, and entrepreneurship.''

''University research is one of the mainsprings of growth in an economy increasingly defined by technology. In the first national study of the economic impact of a research university, "The Impact of Innovation," the BankBoston Economics Department found that graduates of MIT have founded 4,000 firms, translating their knowledge into products, services, and jobs. These firms, in 1994, employed over one million people and generated worldwide revenues of $232 billion.''

''MIT has forged educational and research collaborations with other universities, governments, and companies throughout the nation and the world, and draws its faculty and students from every corner of the globe. The result is a vigorous mix of people, ideas, and programs dedicated to enhancing the world's wellbeing. Most (70 percent) of the research conducted on the MIT campus is supported by the US government, but the Institute is a national leader in the amount of such funding received from private industry (nearly 20 percent). March 2001'' 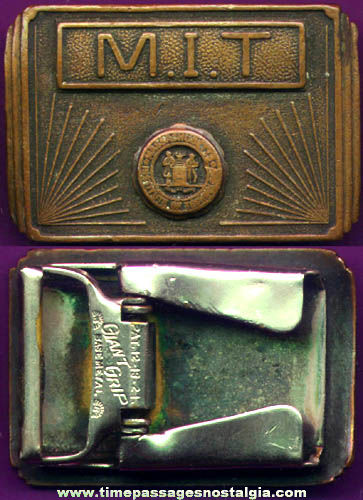