Verse
A Trip On The Rall Green Sea, by Iris O'Neal Bowen

Song
A Song For Mother, by Ruth Keys Kennerly

From Our Readers
North, East, West, South
Endings For ''Something Wonderful''
A Picture Exhibition

The magazine measures 6-3/4'' x 10''. It appears to be in very good used condition with a name penciled on the cover as pictured. Most of the puzzles are done inside. 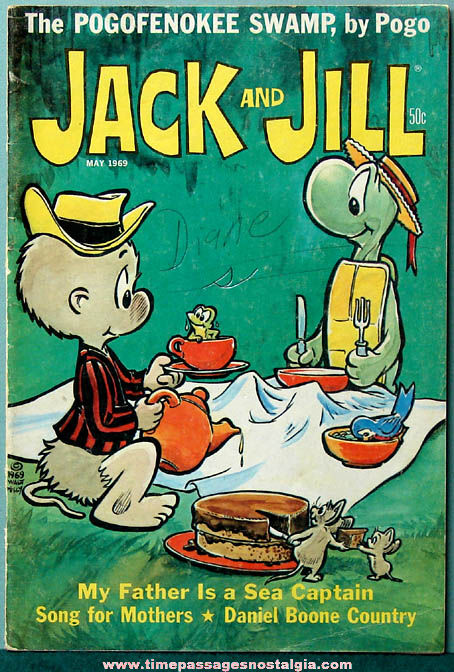