The hat, at the base measures 9'' wide. It is in mint unused condition as pictured. Below here, for reference, is some additional information about the U.S.S. New Hampshire:

The USS New Hampshire (SSN-778), a Virginia class nuclear powered attack submarine, is the fourth ship of the United States Navy to be named for the state of New Hampshire (though one of her predecessors, BB-70, existed only on paper, authorized, but cancelled before keel laying). The name was awarded to the submarine after a letter writing campaign by the third graders from Garrison Elementary School in Dover to their members of Congress, the state governor, and the Secretary of the Navy.

The submarine was launched on 21 February 2008 and christened four months later, on 21ÊJune 2008 in Groton, Connecticut, eight months ahead of schedule and $54Êmillion under budget. The NewÊHampshire finished sea trials and was delivered to the Navy on 28ÊAugust 2008. The ship was commissioned in a ceremony at the Portsmouth Naval Shipyard in Kittery, Maine, on 25ÊOctober 2008. 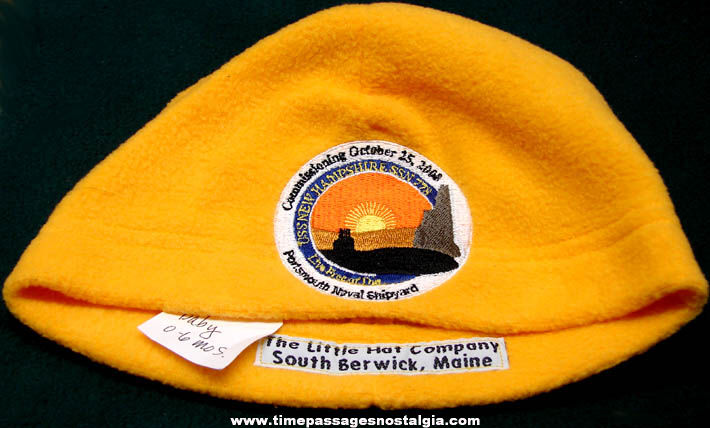