The United States Maritime Service, abbreviated as U.S.M.S., was established in 1938 under the provisions of the Merchant Marine Act of 1936. The mission of the organization is to train people to become officers and crew members on merchant ships that form the United States Merchant Marine. Heavily utilized during World War II, the USMS has since been largely dissolved and/or absorbed into other federal departments, but its commissioned officers continue to function as administrators and instructors at several maritime academies.

History of the U.S. Maritime Service

The merchant marine in the United States was in a state of decline in the mid 1930s. At that time few ships were being built, existing ships were old and inefficient, maritime unions were at war with one another, ship owners were at odds with the unions, and the crews' efficiency and morale were at an ebb. Congress took action to fix the problems in 1936. The Merchant Marine Act, approved on 29 June 1936, created the U.S. Maritime Commission ''to further the development and maintenance of an adequate and well balanced American merchant marine, to promote the commerce of the United States, and to aid in the national defense.'' The commission realized that a trained merchant marine work force was vital to the national interest. At the request of Congress, the chairman of the Maritime Commission, VADM Emory S. Land worked with ADM Russell R. Waesche, Commandant of the Coast Guard, to formulate a training program for merchant marine personnel. Called the U.S. Maritime Service, the new training program was inaugurated in 1938. It used a combination of civilian Maritime Commission and uniformed Coast Guard instructors to advance the professional training of merchant mariners.

As with the other military services, the entry of the United States into the Second World War necessitated the immediate growth of the merchant marine and the Coast Guard. The Maritime Commission spawned the War Shipping Administration in early February 1942. This new agency received a number of functions considered vital to the war effort, including maritime training. Several weeks after the creation of the new agency, however, the Maritime Service was transferred again to the Coast Guard (on 28 February of that year, under Executive Order 9083; the marine safety aspects of the Bureau of Marine Inspection and Navigation (BuMIN) were also transferred to the Coast Guard at this time). The transfer allowed the War Shipping Administration to concentrate on organizing American merchant shipping, building new ships, and carrying cargoes where they were needed most.

The Maritime Service was later transferred to another agency, while marine inspection and licensing continued to be Coast Guard missions. The need for administering the merchant marine during wartime was demonstrated during the First World War. Commerce warfare, carried on by submarines and merchant raiders, had a disastrous effect on the Allied merchant fleet. With the resumption of unrestricted submarine warfare in 1917, U-boats sank ships faster than replacements could be built. The United States intended to meet this crisis with large numbers of mass produced freighters and transports. When World War II loomed, the Maritime Commission began a crash shipbuilding program utilizing every available resource. The experienced shipyards built complicated vessels, such as warships. New shipyards, which opened almost overnight around the country, generally built less sophisticated ships such as the emergency construction Liberty ships. By 1945 the shipyards had completed more than 2,700 ''Liberty'' ships and hundreds of Victory ships, tankers and transports.

Training ships manned by the Coast Guard included the maritime commissioned American Mariner. Licensed and unlicensed merchant marine personnel enrolled in the service. The ranks, grades, and ratings for the Maritime Service were based on those of the Coast Guard. Training for experienced personnel lasted three months; while inexperienced personnel trained for six months. Pay was based on the person's highest certified position in merchant service, and new students received cadet wages. American citizens at least 19 years old, with one year of service on American merchant vessels of more than 500 gross tons, were eligible for enrollment. Coast Guard training of merchant mariners was vital to winning the war. Thousands of the sailors who manned the new American merchant fleet trained under the watchful eyes of the Coast Guard. 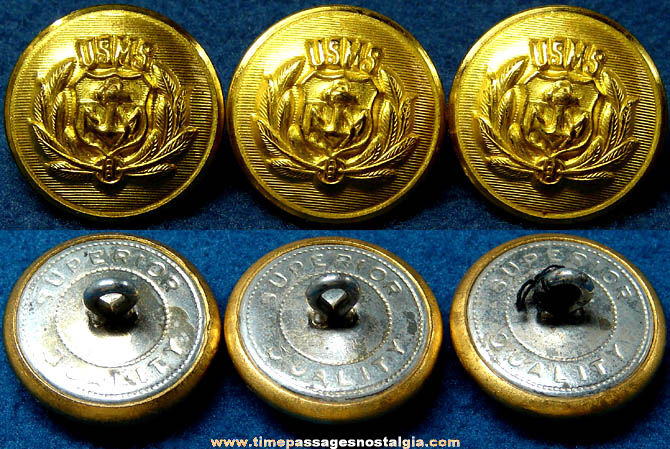