The coin measures 1-1/2'' wide. It appears to be in excellent condition with light wear as pictured. Below here, for reference, is some additional information on the El Rancho Vegas Casino & Hotel:

El Rancho Vegas was the very first hotel and casino on the Las Vegas Strip (US 91). It was located at 2500 Las Vegas Boulevard, at the southwest corner of Las Vegas Boulevard and Sahara, and opened on April 3, 1941. Up until 1942, it was the largest hotel in Las Vegas with 110 rooms. The hotel was destroyed by fire in 1960. In 1982 the former Thunderbird Hotel was rebranded ''El Rancho''. Two hotels using the name ''El Rancho'' has created some confusion.

When Thomas Hull opened the El Rancho Vegas on April 3, 1941, it was part of his ''El Rancho'' chain, including similar hotels in Sacramento, California, and Bakersfield, California. El Rancho Vegas was the first resort on what would become the Las Vegas Strip. It was designed by architect Wayne McAllister and offered horseback riding, a large swimming pool and top shows in the ''Round Up Room'' (Later the ''Opera House'' theater). In December 1944, William Wilkerson leased the El Rancho Vegas from then owner Joe Drown for six months. Wilkerson paid Drown $50,000 for the six month lease. Wilkerson would later go on to build The Flamingo Hotel. The resort went through several changes of ownership before Beldon Katleman, who received a share of ownership upon the death of his uncle, Jake Katleman, in 1950, bought out the remaining shareholders and became the proprietor of record.

One of its part owners in the mid 1940s was Wilbur Clark, before he started the Desert Inn on the Strip. Beldon Katleman bought the El Rancho in 1947, and would soon arrange for renovations to keep up with the newer fancier, hotels such as the Flamingo.

The legendary stripper Candy Barr was headlining at El Rancho Vegas in 1959 when she was arrested by the FBI after her appeal on a marijuana conviction originating in Texas, and prison sentence, was rejected by the U.S. Supreme Court.

Harry James and Betty Grable were performing a late show on stage when the hotel was destroyed by a fire on June 17, 1960. Despite vows to rebuild the El Rancho Vegas after the fire, the plans never materialized. In 1970, billionaire Howard Hughes purchased 60Êacres of the land. In 1978, the remnants of the old resort were demolished. The Hilton Grand Vacation Club now occupies a portion of the land. The El Rancho Casino was a casino operating from 1982 to 1992 often confused with El Rancho Vegas. 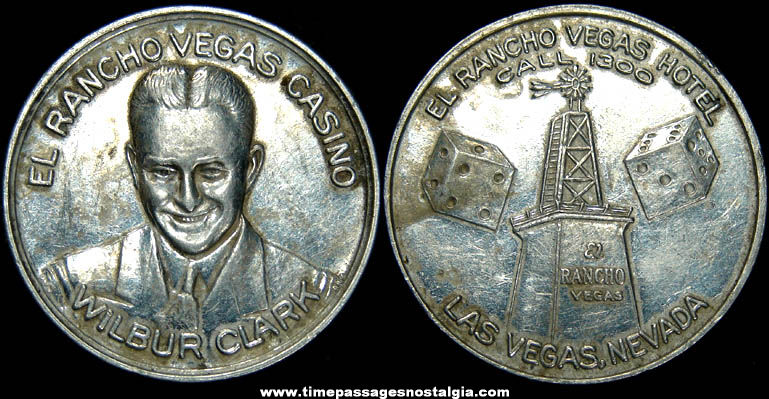