Newfields is a town in Rockingham County, New Hampshire, United States. The population was 1,680 at the 2010 census. The primary village in town, where 301 people resided at the 2010 census, is defined as the Newfields census designated place (CDP), and is located along New Hampshire Route 85 and the Squamscott River. It is a quaint village of handsome old houses.

History
Incorporated in 1849, Newfields was part of Exeter until 1727, when it became part of Newmarket. Settled in 1638, it was called Newfield Village as early as 1681, and later South Newmarket, a parish of that town. Garrison houses, built as protection against Indian attack, were not uncommon. Among the earliest tithingmen in the village were Jonathan Robinson (1678), Abraham and Jeremiah Folsom (1720), Andrew Glidden (1721), Trueworthy Leavitt (1725), Samuel Edgerly (1728), Nathaniel Gilman (1729) and Nathaniel Webster (1729).

In 1775, a bridge was built across the Squamscott River connecting the community with Stratham. This shortened the journey to Exeter, established that year as the Revolutionary capital. But the new route bypassed the center of town, built on either side of an ancient Squamscot Indian trail. This preserved old Newfields.

Wesleyan Academy was established here in 1817, a Methodist school of 5 boys and 5 girls under the tutelage of Reverend John Brodhead and others. Coeducation was then rather advanced. Unfortunately, the academy struggled financially from the start because of, as administrators would conclude, ''...its location in a setting of relatively few Methodists, of limited means...'' And so, in 1825, it removed to Wilbraham, Massachusetts. The academy's site is now occupied by the Newfields Elementary School.

In 1841, the Boston and Maine Railroad extended service to the community. In 1880, Dr. John M. Brodhead presented his own library and $10,000 to the town on condition that it be renamed Newfields. The town was so incorporated in 1895. 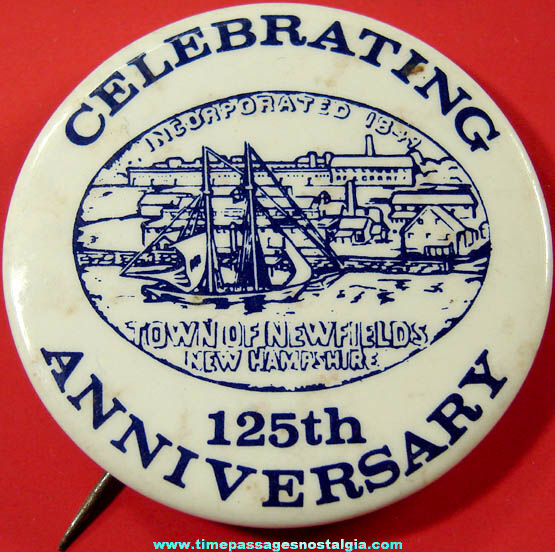