Fort Devens is an active United States military installation in the towns of Ayer and Shirley, in Middlesex County and Harvard in Worcester County in the U.S. State of Massachusetts. It was named after jurist and Civil War general Charles Devens. The nearby Devens Reserve Forces Training Area is located in Lancaster. Although closed in 1995, the fort was reopened the next day as the Devens Reserve Forces Training Area. In 2007, the area was renamed Fort Devens. The fort has a population of 306 enlisted personnel, 2,151 reservists, 348 civilians, and 1,399 family members. It also maintains 25 ranges, 21 training areas, and 15 maneuver areas on nearly 5,000 acres (20 km2) of land. Furthermore, it is also home to the United States Army Base Camp Systems Integration Laboratory as well as the United States Army System Integration Laboratory.

The area known as Devens today was originally called Camp Devens, established on September 5, 1917 as a temporary cantonment for training soldiers during World War I. It was a reception center for war selectees and became a demobilization center after the war. Two divisions (the 76th and the 12th) were activated and trained at Devens during the war. Robert Goddard briefly used the post for his rocket operations in 1929. The camp became a permanent installation in 1931 and was named Fort Devens the following year. A few years later, Fort Devens Army Air Field was established.

In 1940, at the onset of World War II, Fort Devens was designated a reception center for all men in New England who would serve one year as draftee. A massive $25 million building project was begun, including more than 1200 wooden buildings and an airfield. The 1st, 32nd, and 45th Divisions trained at Devens during the war. Devens also housed a prisoner of war camp for German and Italian prisoners from 1944 to 1946. It was designated as early as 1942 for detaining ''enemy aliens'' of Italian, German, and Japanese birth.

During the Vietnam War, increasingly popular opposition to the war led to many GIs organizing. An anti-war bookstore was opened near the fort.

It was the home of the 10th Special Forces Group (Airborne), less 1st Battalion (based in Germany), from 1968 until the Group's move to Fort Carson, Colorado in 1995.

The U.S. Army post which resided at Fort Devens was officially closed in 1996 after 79 years of service. The process for land distribution for all parcels on the former Fort Devens allowed the Federal Bureau of Prisons, Shriver Job Corps, Massachusetts National Guard, Massachusetts Veterans and MassDevelopment to acquire the land. The bulk of the land was purchased by MassDevelopment for $17 million. MassDevelopment is a quasi-public finance and development authority that has been given the task of turning Devens into a residential and business community. Since the closing of the military base, many of the existing buildings have been renovated or reconstructed; housing developments now exist, along with a growing business park, a new hotel, restaurants, several public and private schools, a disc golf course, and a golf course. Veterans of the Army Security Agency have also expressed interest in building a museum there as Fort Devens was their principal training facility for nearly twenty-five years.

Although no longer a very active military installation, Devens is still used by the Army Reserve Command and Marine Corps Reserve. The base is currently home to the headquarters of the 94th Regional Readiness Command, which is responsible for the command and control of Army Reserve units throughout New England, as well as providing Army Reserve support for Federal Emergency Management Agency operations in the New England region.

In January 2011 a group of Devens residents filed a citizen's petition for Devens to become a legally incorporated town. Efforts to make Devens the state's 352nd town failed on the local level in 2006, and these residents say a legislative solution could be their final option. 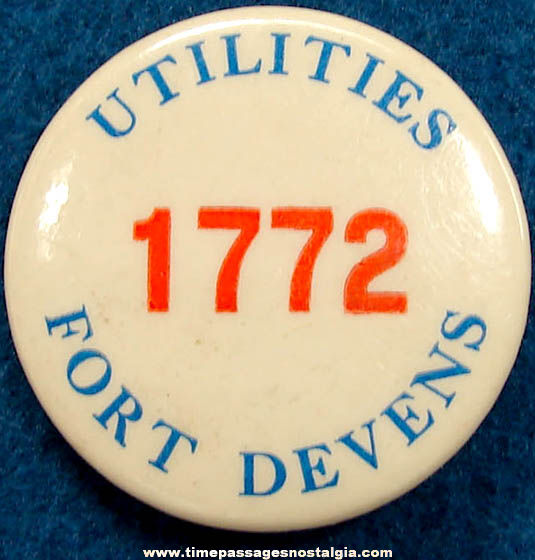