Apollo 14 was the eighth manned mission in the United States Apollo program, and the third to land on the Moon. It was the last of the ''H missions'', targeted landings with two day stays on the Moon with two lunar EVAs, or moonwalks.

Commander Alan Shepard, Command Module Pilot Stuart Roosa, and Lunar Module Pilot Edgar Mitchell launched on their nine day mission on January 31, 1971 at 4:04:02 pm local time after a 40 minute, 2 second delay due to launch site weather restrictions, the first such delay in the Apollo program. Shepard and Mitchell made their lunar landing on February 5 in the Fra Mauro formation; this had originally been the target of the aborted Apollo 13 mission. During the two lunar EVAs, 42 kilograms (93 pounds) of Moon rocks were collected and several surface experiments, including seismic studies, were performed. Shepard famously hit two golf balls on the lunar surface with a makeshift club he had brought from Earth. Shepard and Mitchell spent about 33 hours on the Moon, with about 9 hours on EVA. While Shepard and Mitchell were on the surface, Roosa remained in lunar orbit aboard the Command Service Module, performing scientific experiments and photographing the Moon. He took several hundred seeds on the mission, many of which were germinated on return resulting in the so-called Moon trees. Shepard, Roosa, and Mitchell landed in the Pacific Ocean on February 9.

Shepard was the oldest United States Astronaut when he made his trip aboard Apollo 14. He is the only Astronaut from Project Mercury (the original Mercury Seven astronauts) to reach the Moon. Another of the original seven, L. Gordon Cooper, had (as Apollo 10's backup commander) tentatively been scheduled to command the mission, but according to author Andrew Chaikin, his casual attitude toward training, along with problems with NASA hierarchy (reaching all the way back to the Mercury-Atlas 9 flight), resulted in his removal.

The mission was a personal triumph for Shepard, who had battled back from MnireÕs disease which grounded him from 1964 to 1968. He and his crew were originally scheduled to fly on Apollo 13, but in 1969 NASA officials switched the scheduled crews for Apollo 13 and 14. This was done to allow Shepard more time to train for his flight, as he had been grounded for 4 years. As of 2012, Mitchell is the only surviving member of the crew; Roosa died in 1994 from pancreatitis and Shepard in 1998 from leukemia. 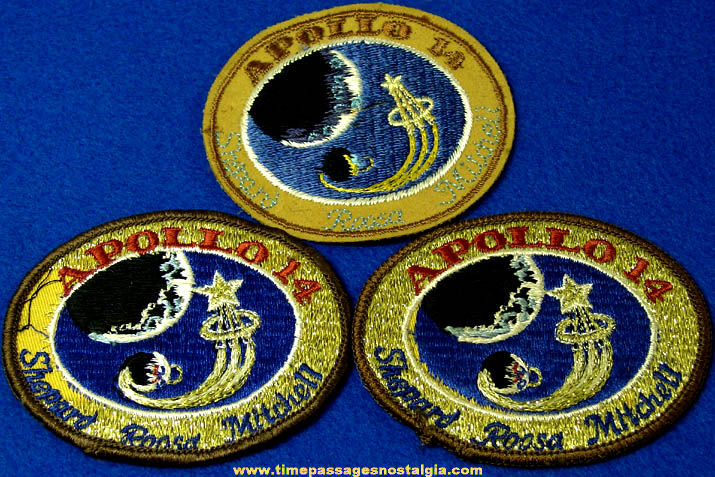