Kit selections
Aurora Plastic's first kits were aircraft and this was a backbone of sales through the 1950s and 1960s. From early on the company's ''Famous Fighters'' line was popular. Included were World War I, World War II, 'Jet Age' aircraft and a variety of ''whirlybirds''. A series of aircraft from the 1930s were also offered. Sailing ships, warships, tanks and other military vehicles were available as well. One WWI airplane was the DeHaviland DeH-4. Many planes, like the Blue Angel F-4J McDonnell - Douglas Phantom II and the LTV A-7D Corsair II, were offered in a larger 1/48 scale. Others were smaller scale such as the Boeing KC-135 Stratotanker in about 1:100, because it would have been over two feet long in 1/48. Others were smaller, like the Convair B-58 Hustler bomber in a diminutive 1:200 scale, or about 6Êinches long.

Some would say, however, that Aurora became most famous for, and had their biggest success with, their figure kits. There was a series of popular historical ''knights in armor'' figures, and other 'still life' buildings, animals, boats, a clown, the Liberty Bell and other intriguing objects. ''Guys and Gals of all Nations'' were also seen and included Dutch, Chinese, Indian and Scottish figures.

Aurora acquired a license from Universal Studios to create a line of kits based on Universal monsters, which became the company's most popular offerings. Aurora's kit of Frankenstein appeared in 1961, and was followed by twelve other monster figures that were issued and reissued in various versions through the early 1970s. Licensed models based on characters from movies, TV shows and comic books were also introduced. Batman was a regular offering as was the Hulk, so both DC and Marvel characters were represented. Model kits from The Man from U.N.C.L.E., The Mod Squad, Voyage to the Bottom of the Sea (the larger Seaview sub and a separate kit of its flying sub), The Invaders, Lost in Space, Land of the Giants and Star Trek appeared. These kits were often a TV related scene where heroes battled some kind of large monster, alien, or animal. Aurora's figure kits continue to be highly valued by collectors. Aurora used artist James Bama for some of their box art.

Model Motoring
In the late 1950s, Aurora acquired the rights to the ''Model Motoring'' slot car racing system from United Kingdom toy manufacturer Playcraft. Aurora's first HO gauge racing sets appeared in the fall of 1960. Following improvements in the chassis with the Thunderjet and A/FX series and the adoption of popular racing car body styles, Aurora's ''Model Motoring'' race sets became top sellers, with over 25,000,000 cars sold by 1965. By the end of the 1970s, however, the slot car craze had passed and modeling in general was on the decline. Some attribute the decline to both the maturing of the baby boomer generation along with the fragile economics of the slot car industry and the closing of many slot car shops as toy companies offered smaller sets to be used at home.

Competition with Matchbox & Hot Wheels
In 1968, Aurora introduced its Cigarbox miniature cars and the timing could not have been worse. These were developed to compete with 'Matchbox' in the year that Mattel's Hot Wheels premiered. The Cigarbox car line was a combination of rather bland plastic slot car bodies with metal chassis. These were packaged in small yellow 'Cigar' like boxes and were claimed to be HO scale, but cars were a bit larger. Cigarbox boxes were slightly larger and more rectangular than Match 'boxes' if Lesney could have 'Match' boxes, Aurora figured it could have 'Cigar' boxes though the idea today is outrageous and would never be presented to youth. Rumors said that Matchbox took Aurora to court for copyright infringement over the similar appellation but that is not certain. In any event, later issues were sold on blister cards under the ''Speedline'' name with 'Cigarbox' no longer mentioned. The Speedline cars were also offered as ''Hop-Up Kits'' to be assembled. Cigarbox cars were bigger than HO scale, but a bit smaller than Hot Wheels. Earlier cars were simpler plastic like the 1967 Galaxie, while Later ones like the de Tomaso Mangusta had a shinier finish with sportier wheels to compete with Mattel.

Some of the cars offered, however, were unique and not often seen in miniature like the 1967 Ford Galaxie 500, the 1963 Buick Riviera, the Mako Shark Corvette concept, the Cheetah Chevy, and the Porsche 904. Cigarbox also offered several Formula 1 cars in the series. Initially, most cars were offered in normal unpainted plastic bodies with unattractive high friction 'squeaky' wheels with rubber tires, somewhat similar to Matchbox. Some of the cars like the deTomaso Mangusta, had working steering. Later, slicker thinner low friction wheels and chrome like finishes with stripes were rushed in, but competition was keen and financial troubles loomed. It was too late for the Cigarbox line, it was gone by 1970.

Changes
Aurora's founders retired in the late 1960s and the company was sold to outside investors in 1969. After expanding into the toys and games market with limited success, the new owners sold the company to Nabisco in 1971. Nabisco in turn sold the model kit division in 1977 to Aurora's one time rival Monogram.

In the late 1990s and early 2000s, toy and hobby company Playing Mantis created a division called Polar Lights (as a reference to ''aurora'') which reissued some of Aurora's most popular kits. Other companies following in Aurora's shoes have reissued earlier Aurora kits. These include Moebius, Atlantis and Monarch, which mostly have focused on the Aurora trend of sci-fi and horror TV and movie figures and scenes. For example, Moebius, started by a former distributor of Polar Lights models in Glenwood, Florida, has reissued the large kit of the submarine 'Seaview' from the 1960s 'Voyage to the Bottom of the Sea' TV show and the old 'Dr. Jekyll and Mr. Hyde' kit. Monarch models is based in London, Ontario, Canada, started by a doctor. Atlantis Models is based in East Northport, New York, and though also making sci-fi figures, has equal focus on animal dioramas. Polar Lights, Monarch and Moebius all use an oval logo very similar in shape to that of the original Aurora style. The Atlantis (see Zorro re-issue) logo uses a more abstract, though nostalgic, oval broken into six sections.

In the 1990s, the family of Joseph Giammarino announced the return of Aurora Plastics Corporation as a manufacturer of hobby kits under the name LAPCO, or ''Lost Aurora Plastics Corporation'', with a product line to include reverse engineered reissues of long gone kits. Nothing came of this. Again in 2007, Giammarino's family announced the return of Aurora, with their first offerings stated to include aircraft and figure kits from their original 1960s line. Their web site lists products to be made available in May - June 2012, but as of September 2012 none are available to order. 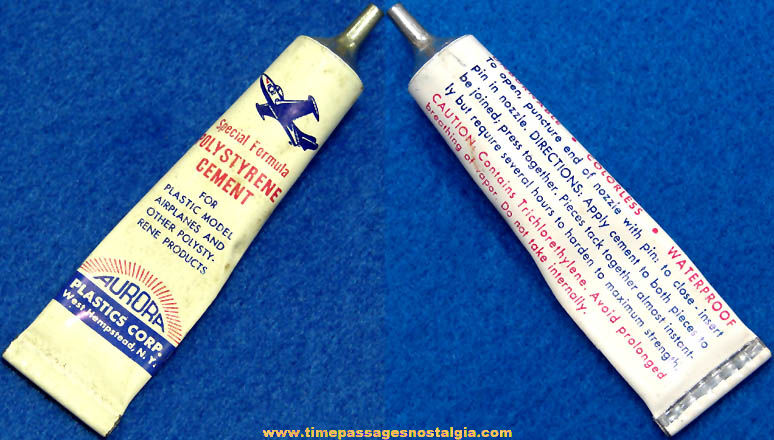