Roman Meal is an American bread company in Tacoma, Washington. Founded there in 1912, the company focuses on whole grain products, including bread, hot cereal, and snack bars.

History
Roman Meal was founded in 1912 when Dr. Robert Jackson reversed his failing health through diet and exercise. Jackson emulated the ancient Roman centurion's daily menu of whole wheat and whole rye, and added bran and flax seed. The Matthaei family, with bread baking heritage dating to the 1800s, purchased the Roman Meal formula in 1927 to include in their breads and cereals.

As ''The Original Whole Grain Bread'' according to its motto, Roman Meal was one of the few bread brands available nationwide from the 1950s through the 1990s. Distribution is not as large since the consolidation of major bakeries, but as of 2009 it is available in most areas of the United States. Roman Meal bread is baked locally and distributed by partner bakeries throughout the Northwest, West Coast, Southeast, Southwest and the Mid to Northeast sections of the United States. 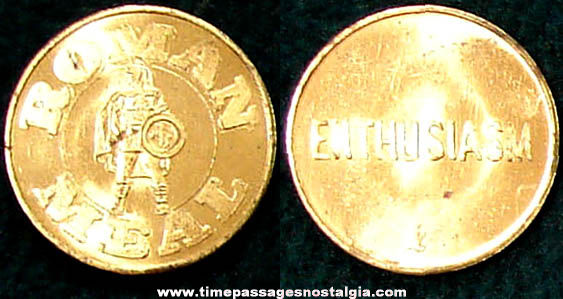