The Knights of Columbus is the world's largest Catholic fraternal service organization. Founded by Father Michael J. McGivney in New Haven, Connecticut, in 1882, it was named in honor of the mariner Christopher Columbus. Originally serving as a mutual benefit society to low income immigrant Catholics, it developed into a fraternal benefit society dedicated to providing charitable services, promoting Catholic education and actively defending Roman Catholicism in various nations. There are 1,883,598 members in nearly 15,000 councils, with 302 councils on college campuses. Membership is limited to ''practical'' Catholic men aged 18 or older. Membership consists of four different degrees, each exemplifying a different principle of the Order. The Order is a member of the International Alliance of Catholic Knights.

Councils have been chartered in the United States (including the territories of Puerto Rico, the Virgin Islands and Guam), Canada, the Philippines, Mexico, Poland, the Dominican Republic, Panama, the Bahamas, Cuba, Guatemala, Saipan, South Korea, Ukraine, Lithuania, and on U.S. military bases around the world. The Knights' official junior organization, the Columbian Squires, has over 5,000 circles and the Order's patriotic arm, the Fourth Degree, has more than 2,500 assemblies.

For their support for the Church and local communities, as well as for their philanthropic efforts, Pope John Paul II referred to the Order as a ''strong right arm of the Church''. In 2014, the Order gave over U.S. $173 million directly to charity and performed over 71.5 million man hours of voluntary service. Over 413,000 U.S. pints of blood were donated in 2010.

The Order's insurance program has more than 2 million insurance contracts, totaling more than U.S. $100 billion of life insurance in force. This is backed up by $21 billion in assets as of 2014. Within the United States on the national and state level, the Order is active in the political arena lobbying for laws and positions that uphold the Catholic Church's positions on public policy and social issues. 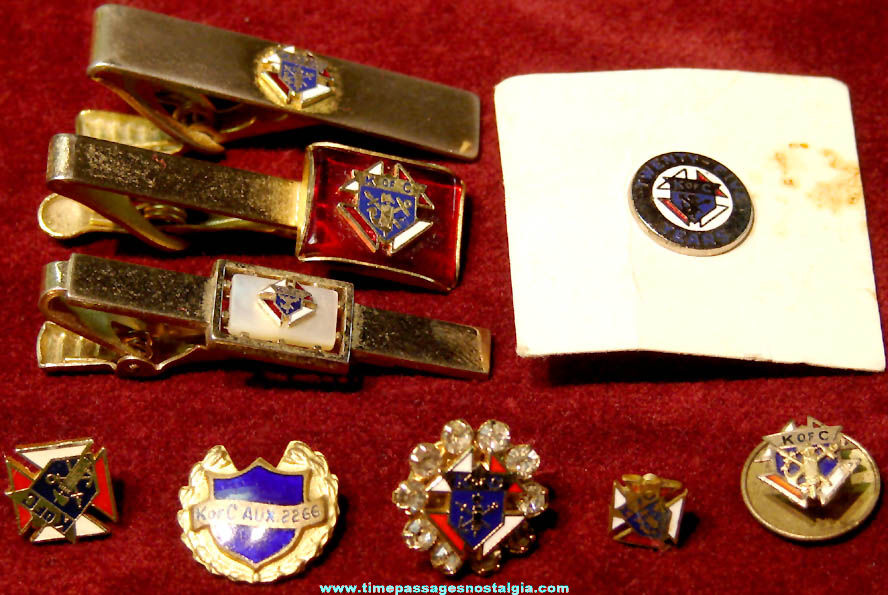