BUSCH GARDENS
Pictures a street scene with a woman and two younger women.

(unmarked)
Pictures a cartoon scene with a car and a motorcycle. No people can be seen, but apparently they are in the back seat. It has the following caption: ''I've changed my mind officer - better give me the ticket''.

They measure between 2'' and 2-1/8'' long. These appear to be in excellent condition as pictured. 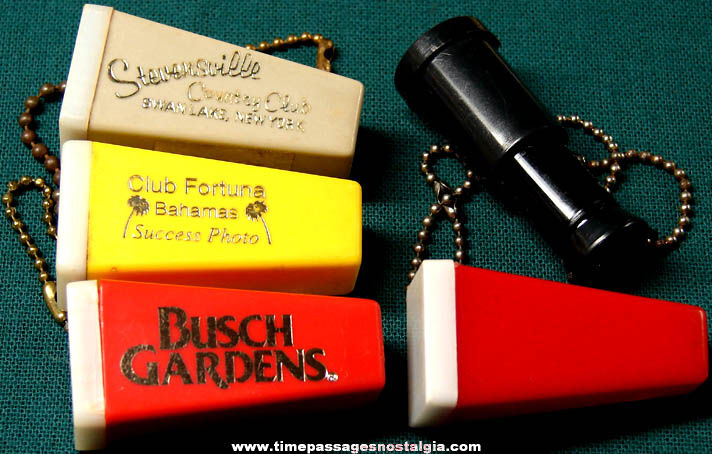