To judge the size the watch measures 1'' wide and the watch with the band measures 6-7/8'' long. It appears to be in mint unused condition as pictured. It will require a new battery for use. Below here, for reference, is some additional information about the Marvin comic strip:

Marvin & Family is a daily newspaper comic strip created by cartoonist Tom Armstrong and distributed in the United States by Hearst's King Features Syndicate. It debuted in 1982. It revolves around the life and times of a young baby boy named Marvin, his father and mother, Jeff and Jenny Miller, and their dog Bitsy. Other characters include Megan, Marvin's cousin; Janet, who is Megan's mother and Jenny's sister (she and her husband were divorced); Ming Ming, Janet's adopted daughter from China; and Bea and Roy, Marvin's grandparents. Prior to 2013 the strip's name was simply Marvin.

Bea and Roy Arnold lost their retirement savings in the 2008 recession and had to move in with Jeff and Jenny; Janet did not have enough room. Bea and Roy have a schnauzer named Junior.

In 2010, the Millers got new neighbors, the Purfects, who are so perfect they make the Millers feel inadequate. Rodney Purfect has a Ph.D. and is a company president, has won the Heisman Trophy and climbed Mount Kiliminjaro. He is six feet five inches tall and very manly. Barbie Purfect is a housewife who attended cooking school in Paris, was a cheerleader, class president and sorority president. Rodney Perfect II is two and a half but reads at a third grade level, performed his piano composition for Queen Elizabeth II and was potty trained at 6 months.

In 2005, Marvin guest starred in the comic strip Blondie for their 75th anniversary.

There was an earlier strip named Marvin, which was created by Pat Moran and syndicated in 1973. 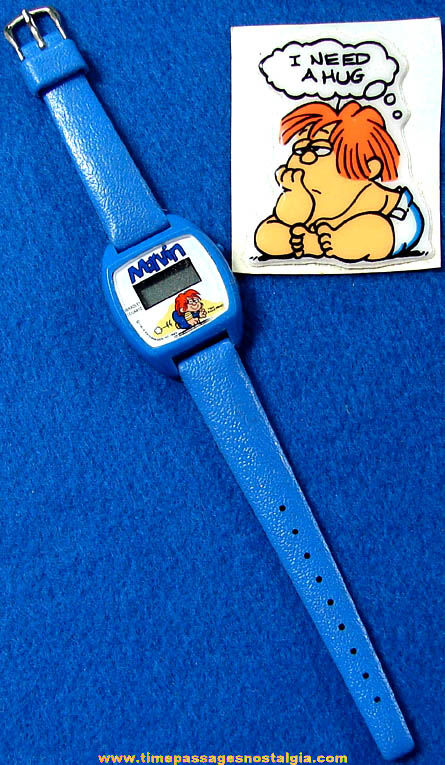 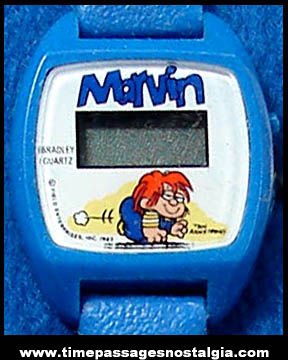