To judge the sizes the largest pin back button in this lot measures 7/8'' wide. These appear to range from excellent to mint condition as pictured. Below here is some Historical reference information that was found:

Wendell Lewis Willkie (February 18, 1892  October 8, 1944) was a lawyer in the United States and the Republican nominee for the 1940 presidential election. He lost to Franklin D. Roosevelt and never held any political office. Born in Elwood, Indiana, the son of Herman Willkie, he remains the only native of Indiana to be nominated as the presidential candidate for a national party. He was also a named partner at the now New York-based law firm of Willkie Farr & Gallagher.

Political life
Willkie was educated at Indiana University and there, where he was a member of the Beta Theta Pi fraternity, and at the Indiana University School of Law Bloomington. After fighting in World War I, Willkie moved to Akron, Ohio and soon gained status in the local Democratic Party. In 1929, Willkie became a legal counsel for the New York based Commonwealth & Southern Corporation, the country's largest electric utility holding company. He rose through the ranks of the company, and became president in 1933. He had been an active campaigner at the 1932 Democratic National Convention, and might have seemed an unlikely candidate to challenge either Roosevelt or one of the president's favorite New Deal programs. He initially backed former Cleveland mayor, Newton D. Baker, in 1932, but once FDR captured the nomination, Willkie supported him and contributed to his campaign. He was enthusiastic to help the USA out of the great depression. 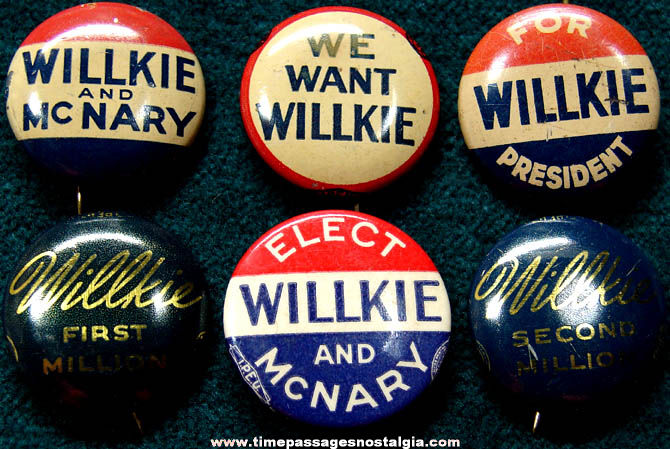