Charm with Order of The Eastern Star Emblem

Pocket Perpetual Calendar Dial
Order of The Eastern Star Emblem Emblem on One Side
1951 - 1978
(instructions)
Copyrighted By Cross Emblems of Portland, Maine 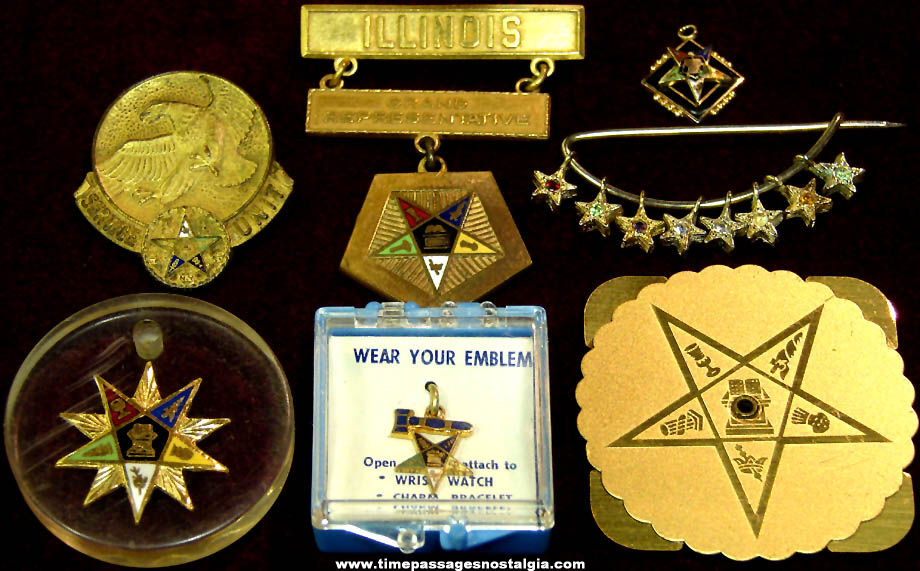