Underdog is an American animated television series that debuted October 3, 1964, on the NBC network under the primary sponsorship of General Mills, and continued in syndication until 1973, for a run of approximately 124 episodes. Underdog, Shoeshine Boy's heroic alter ego, appeared whenever love interest Sweet Polly Purebred was being victimized by such villains as Simon Bar Sinister or Riff Raff. Underdog always speaks in rhymes, such as, ''ThereÕs no need to fear, Underdog is here!'' His voice was supplied by Wally Cox.

In 1959, handling the General Mills account as an account executive with the Dancer Fitzgerald Sample advertising agency in New York, W. Watts Biggers teamed with Chet Stover, Treadwell D. Covington and artist Joe Harris in the creation of television cartoon shows to sell breakfast cereals for General Mills. The shows introduced such characters as King Leonardo, Tennessee Tuxedo, and Underdog. Biggers and Stover contributed both scripts and songs to the series. When Underdog became a success, Biggers and his partners left Dancer Fitzgerald Sample to form their own company, Total Television, with animation produced at Gamma Studios in Mexico. At the end of the decade, Total Television folded when General Mills dropped out as the primary sponsor in 1969 (but continued to retain the rights to the series until the mid 1990s).

Abroad and in syndication

The syndicated version of The Underdog Show consists of 62 half hour episodes. The supporting segments differ from the show's original network run. The first 26 syndicated episodes feature Tennessee Tuxedo as a supporting segment (Tennessee Tuxedo originally aired as a separate show, and also has its own syndicated adaptation). Thereafter, for most of the balance of the package, the middle segments include Go Go Gophers and Klondike Kat for three consecutive, half hours, and Tennessee Tuxedo in the fourth. Commander McBragg is featured in the majority of episodes, replaced by three segments of The Sing-A-Long Family (in shows #1 - 2 - 3, #28 - 29 - 30, and #55 - 56 - 57). The final two syndicated Underdog half hours feature one shot cartoons originally part of an unsold pilot for a projected 1966 series, The Champion (Cauliflower Cabbie and Gene Hattree), with Commander McBragg appearing in show #61 and Go Go Gophers in show #62.

The syndicated series, as shown in the United States, is a potpourri of segments from previously aired versions of the show. Prior to a 1994 remaster, each episode included a ''teaser'' at the top of the show, asking viewers to stay tuned for a clip from ''today's four part story''. (This originates from a 1969 - 1973 NBC Saturday morning rerun version of the show.) However, there were never more than two parts of the Underdog stories shown in any half hour program. Prints of such would either be followed by a closing outro and credits or no credits at all. The closing outro (which showed the first portion of a variation of the Underdog theme showing a big ape terrorizing the city with George S. Irving, the series narrator, saying, ''Looks like this is the end!'' in place of the theme music) followed by the end credits (reedited from the cast credits for Underdog and Tennessee Tuxedo), originated from a 1965 repackaged syndicated series, Cartoon Cut Ups, which originally featured Underdog, Tennessee Tuxedo and Commander McBragg.

For many years starting with NBC's last run in the mid 1970s, all references to Underdog swallowing his super energy pill were censored, most likely out of fear that kids would see real medication that looked like the Underdog pills (red with a white ''U'') and swallow them. Two instances that did not actually show Underdog swallowing the pills remained in the show. In one, he drops pills into water supplies; in the other, his ring is damaged and he explains that it is where he keeps the pill, but the part where he actually swallows it was still deleted. 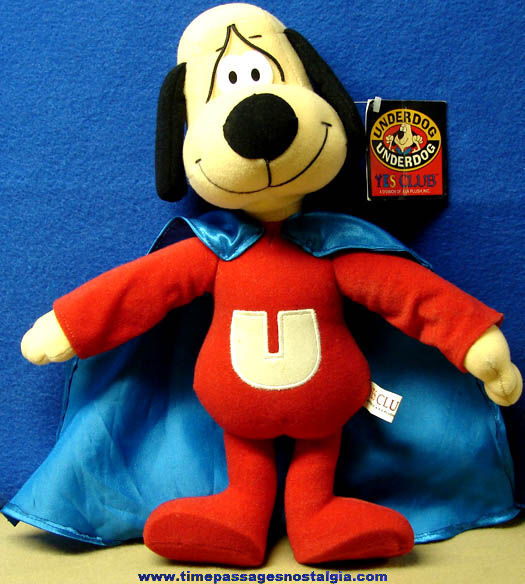 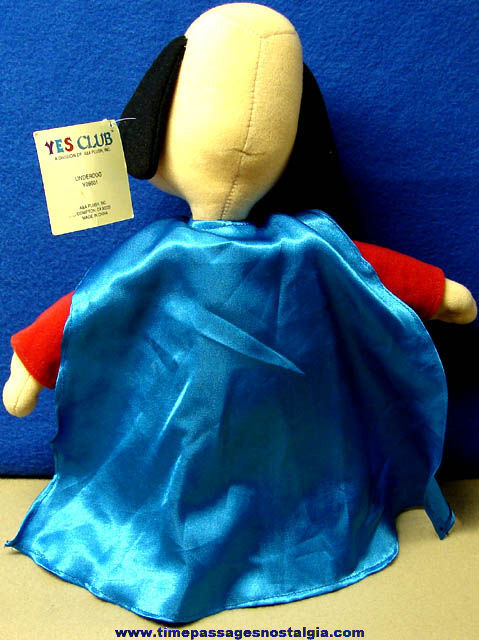