BIRTHPLACE OF OLIVER WENDALL HOLMES (light vertical crease)
1809 - 1894
The Gambrel Roofed House, Cambridge, Mass.
''Call him not old whose visionary brain holds o'er the past its undivided reign, For him in vain the envious seasons roll Who bears eternal summer in his soul.''

HOME OF JAMES RUSSELL LOWELL
1819 - 1891
CAMBRIDGE, MASS.
''He gives nothing but worthless gold Who gives from the source of duty.''

THE OLD WITCH HOUSE (creasing center bottom & upper left corner)
At Salem, Mass., corner of Essex and North Streets, Tradition has made it famous as having been the scene of private examinations of individuals charged with witchcraft.

THE HOUSE OF SEVEN GABLES
At Salem, Mass., about which Hawthorne wrote so graphically in his novel of the same name, which he published in 1851.

BIRTHPLACE OF NATHANIEL HAWTHORNE
1804 - 1864
SALEM, MASS.
Who said ''the purpose of life was not to gather up thoughts into books, where they grew so dry, but to live and still be going about, full of green wisdom, ripening ever, not in maxims cut and dry, but a wisdom ready for occasions, like a living fountain.''

BIRTHPLACE OF WILLIAM LLOYD GARRISON (corner bumps)
1804 -1879
NEWBURYPORT, MASS.
''I will be as harsh as truth and as uncompromising as justice.'' 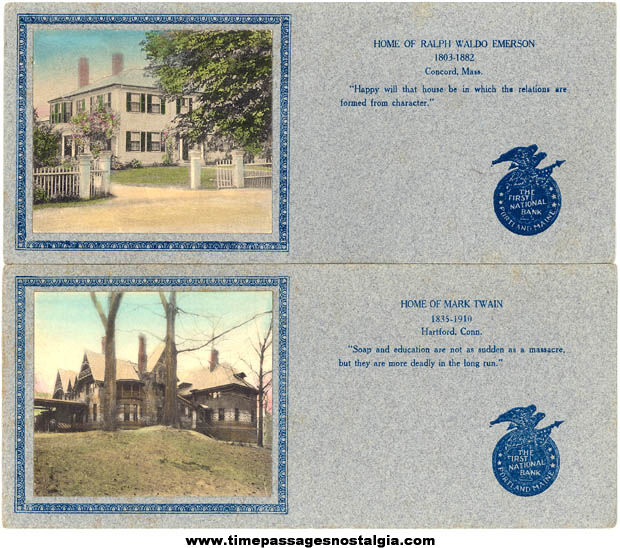 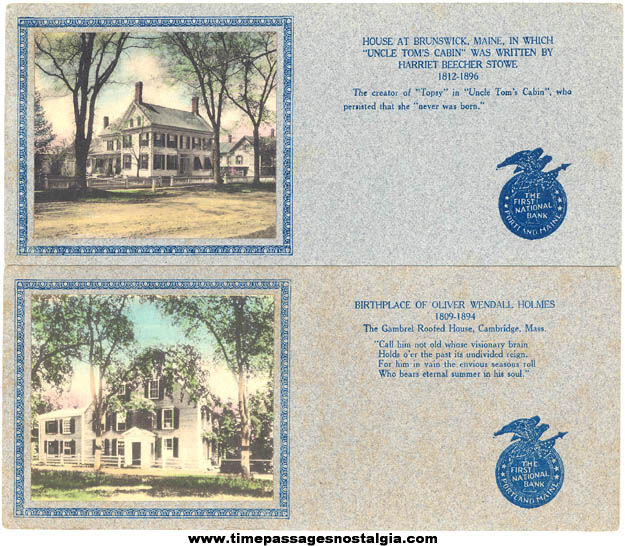 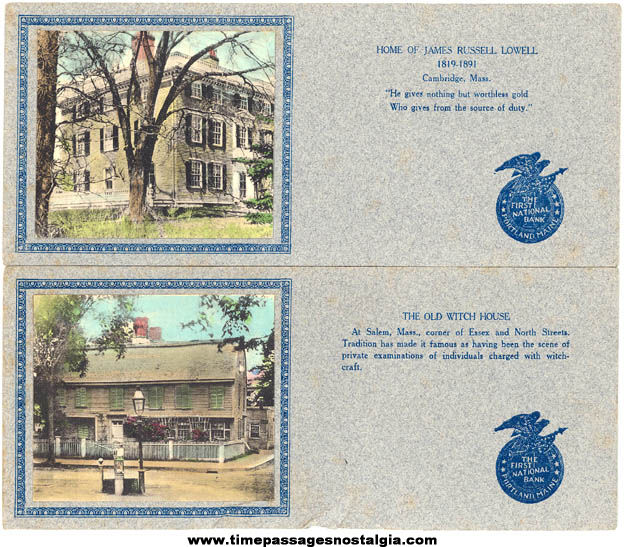 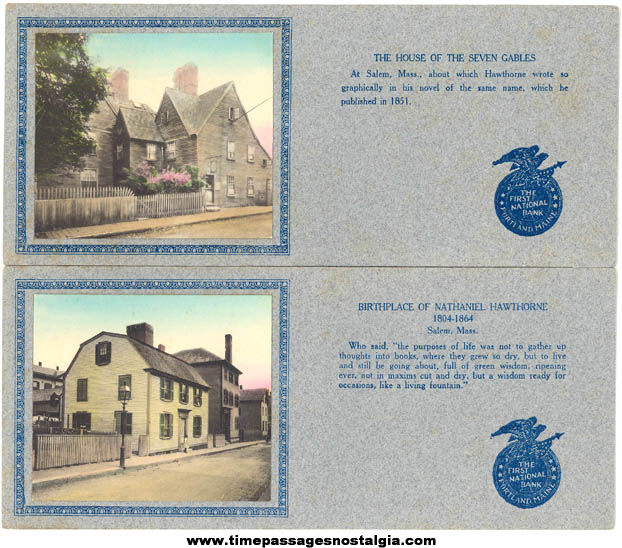