The back of the cover pictures and advertises (15) more different childrens Golden records. These include the following:

Thre second item here is a smaller yellow Romper Room record. It is #R267A. It has Learn about Farm Songs with The Sand Pipers and Mitch Miller and Orchestra including:

Old McDonald Had a Farm
The Barnyard Song

The third item in this lot is a pink and white plastic baby rattle with DO BEE. It rattles well.

To judge the sizes the album cover measures about 12-1/4'' x 12-3/8''. The record album and the cover appear to be in near excellent condition. The smaller record has a few scratches. The rattle has some pver all old wear from use.

Below here is some of The Romper Room History that was found online:

Romper Room was a preschooler that ran in almost every major market in the United States and was broadcast from 1954 until well into the eighties. It was sold to stations in two ways - in standard syndication and also sold like a franchise with a different local host in each city (150 in all). The series was developed by Bert and Nancy Claster who trained many of the local hosts.

The syndicated version was originally filmed in Baltimore, Maryland (later moving to Chicago, Illinois) and starred Miss Nancy (Claster). She wasn't originally slated to host but the woman they hired didn't work out; after a short stint, Nancy Claster stepped into the role and into TV history. She was replaced in 1964 by the Claster's daughter, Miss Sally.

All of the hosts, many former kindergarten teachers, spent the half hour reading from books to the seven or eight kids on the set, teaching the alphabet, manners and values in a gentle way. The kids would often go nuts on the show, some wouldn't communicate at all, others would take over the whole show and there was nothing the poor hostess could do but deal with it because they were on a cramped set together for thirty minutes live.

Each show ended with the hostess gazing into the ''Magic Mirror'' (just a mirror frame) and saying (changing the names each day): ''I see Mary and Hank and William and Virginia and Hannah and all of you boys and girls out there!''

Don't write and ask if anyone has a copy of the Romper Room show you were on as a kid - all the shows were erased to tape the next day's episode! A RARE PRESERVED EPISODE: ''Please, try not to laugh too hard when you watch these clips from Romper Room!'' Here is the story of my day on Romper Room. My Aunt Kathy was working for Ma Bell and volunteering for their Telephone Pioneers of America. She became a member of their clown troupe and thought it would be a great idea to bring me along. Many children are afraid of clowns and having one their height made it less scary. The troupe would go around to hospitals, homes for the handicapped, orphanages or anywhere we could spread cheer. Yes, I learned to do balloon animals! The producers of Romper Room found out about the troupe and that they had a young child. We were invited to appear on the show and explain how we became clowns. My mother went out and bought me that lovely dress for the show - and it wasn't even on sale!

The day we taped, some of the employees of WOR-TV were making a decision about going on strike. The host of Romper Room (Miss Mary Ann) was unhappy and it shows. Being 5, I didn't notice much but my mother and aunt told me about it years later. Most of the people were short tempered but were still nice to us. Poor woman, she was trying to be nice to all those kids and worry about her job at the same time.

The first segment has them singing the days of the week. Miss Mary Ann is holding two cards because one of the kids hadn't shown up yet. He comes in later in the show and she scolds him for being late. I found out that he had been late all week was a general problem. Backstage, Miss Mary Ann told the crew that he would not be allowed on the set if he was late again.

I watched most of the show from backstage. My Aunt said I squirmed the entire day. The other clown on the show was the meanest person I had ever met. She used to say nasty things to me to get me to cry or mess up my lines during sketches. She said something to me before our first segment that upset me so much, I couldn't remember how long I had been a clown (about 2 years) and that my mother made my costume (she is still upset with me for doing that). The mean clown had hurt my hand from holding it!

After our first segment, we went backstage to a very small dressing room and put on our makeup and costumes. People from WOR kept coming in and introducing themselves and telling us how nice we were for working with the handicapped (back then, they were called retarded). I could have cared less! I wanted to go and watch the show. I was also very upset because Mr. DooBee was not there. He was my favorite.

After the show, the cast and crew ran around frantically to get ready to do the news. We watched part of it but all they did was talk and it was really boring. Well, at age 5 it was boring. Someone from the show gave my mother a tape of the show. About 10 years ago, a friend of ours worked for a studio that had a machine that could transfer the tape to VHS. I hope you enjoy watching the clips, I am glad I can contribute to your page. Hopefully, the condition of the tape is good enough for you. - V. Scott

There are other great moments from the show - like the argument Miss Mary Ann gets into with one of the kids about GUNS! Sure enough, it's that little tough guy who ran in late every day. He talks about not being afraid of anything, as long as he's packing a piece. Miss Mary Ann is momentarily stunned - then gets into a five minute conversation with the kid on gun safety, but he'll have none of it. He'll test the gun by firing into a trash can!

You can really see how different some kids are today by watching that clip, and then this one from a recent Maury Show - airing on many of the the same stations that Romper Room aired, same time of day, featuring the same aged kids twenty years later. If we're watching images of post-toddlers going to bootcamps in 2002, one can only imagine what images of children the next generation of television will bring!

I just viewed your website and I'd like to make a few corrections on your history. My name is Molly McCloskey Barber and I was the hostess of Romper Room after Miss Mary Ann in N.Y.. On your site you say Romper Room went off the air in the late 1970s. That is incorrect. In 1981 I traveled to Baltimore to replace Miss Sally on the syndicated version of Romper Room. The name was changed to Romper Room and Friends. We taped 100 episodes and they ran in syndication until 1992. I then moved to New York and hosted Romper Room and Friends from 1982 until we out of production in 1987 on WOR which then became WWOR. They were wonderful years and I really enjoyed being Miss Molly. Have a great day, Miss Molly 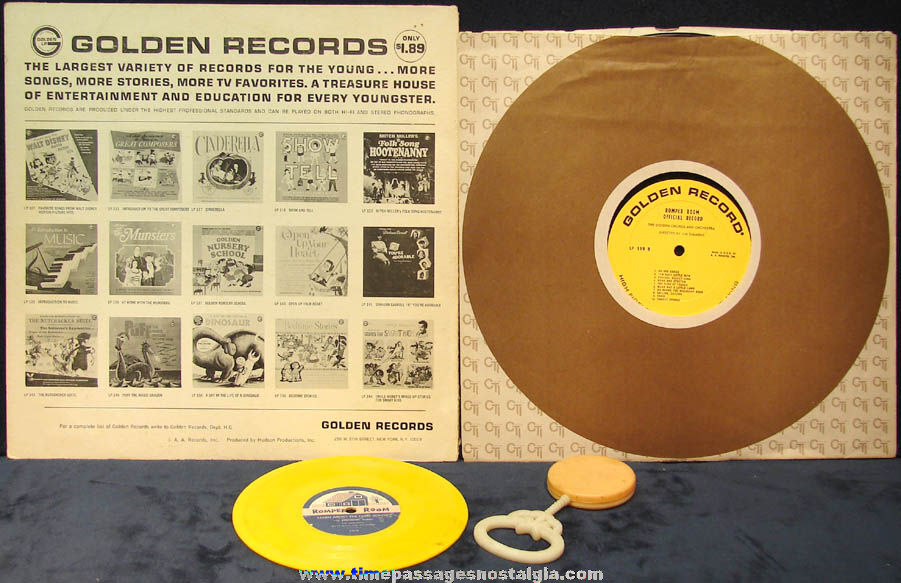