(pictures King George VI)
GEORGIVS VI D:G: BR: OMN: REX
The back is blank with a button shank. It appears to be made of copper.

(pictures a crown)
YOU ARE MY QUEEN
A MEDALLION TO YOU
There is some paper or sticker glue on the back.

(pictures young Queen Victoria)
This is an embossed brass coin charm with a hole at the top.

(pictures a crown and a crown with a crest)
VB on crown and VB on the right
This looks like it might be an arcade game token coin.

(pictures King George III, a crown and a shield)
GEORGIVS III DEI GRATIA
IN MEMORY OF THE GOOD OLD DAYS
1768
This is a holed brass token coin used as a spade half guinea counter for a card game.

(pictures King George VI)
This copper coin was possibly a World War II trench art item carved for a sweetheart back on the homefront. It was carved as a heart, and it was then mounted on another smooth heart shaped coin.

All ten of these old Britsh tokens or coins for one price! To judge the sizes the center coin measures about 1-1/2'' wide. We are not coin graders. Please judge the conditions by the pictures and the description above. 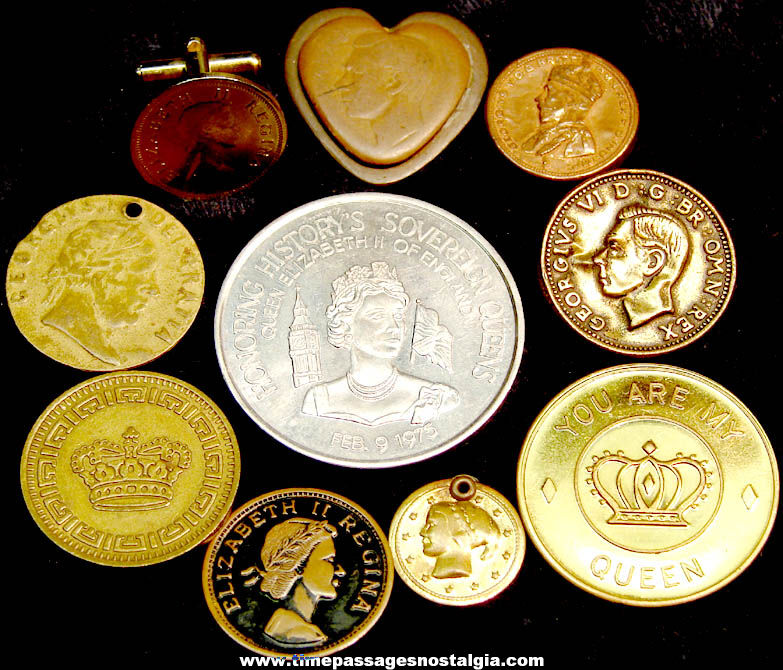 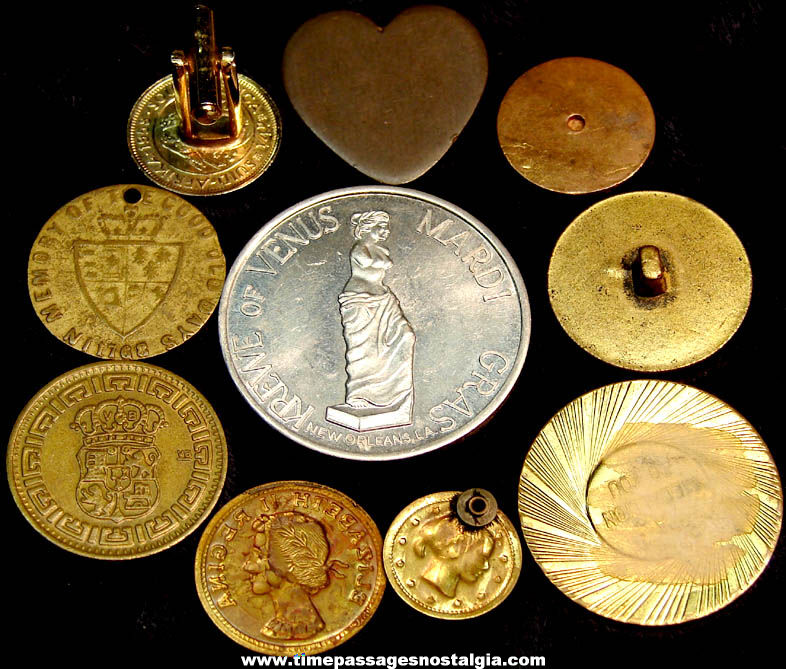