''Life Is Peachy'' is Korn's second album. The album was released on October 15, 1996 through Immortal / Epic Records and has sold over 2,850,000 copies worldwide. It was produced by Ross Robinson who also produced their debut album, ''Korn''. The album features a darker sound than the debut album, but contains more unconventional themes. A video was made showing Korn recording ''Life Is Peachy'', entitled ''Who Then Now?'' which was included on the follow up release Deuce. On ''Who Then Now?'' it can be heard that they came in and wrote the entire album in around two days. This is because of their touring for their self titled album and they also wanted to hit the road as soon as possible.

Under the CD, there is a quote from the country and western song ''Streets of Bakersfield'', which was written for Buck Owens by Homer Joy. The album debuted on the #3 spot on The Billboard 200, selling 106,000 of copies in its first week despite minimal radio airplay and TV attention. To date, it has sold over 2 million units in the United States. This album is considered by many fans and critics alike to be Korn's signature sound and the definitive sound of the nu-metal genre.

Original release bonus disc
1. ''Chi'' (live) - KoRn
2. ''All Washed Up'' (live) - The Urge
3. ''Hilikus'' - Incubus
During the recording of this album, the following songs were also written:
Proud - 3:14 (released on the I Know What You Did Last Summer soundtrack),
Kick The P.A. - 3:21 (eventually released on the soundtrack to Spawn),
Engine #9 - (unrecorded cover by Deftones),
Ain't Goin' Out Like That - (unrecorded cover by Cypress Hill) 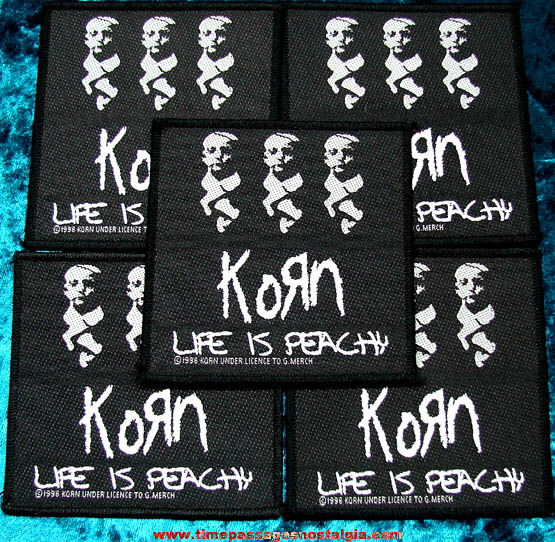