There is another smaller black enameled pin. It is in the shape of the number one and it is simply marked DeMOLAY.

The final item in this lot is a black leather key holder keychain. It was made to commemorate the Chapters 25th anniversary. It has a bead chain. The leather section is marked in gold on one side as follows:

All ten of these for one price! To judge the sizes the two larger pins each measure about 1-3/8'' wide. These items appear to be in excellent to mint condition as pictured. We can replace the bead chain for a new brass one if desired.

Below here, for reference, is some information about the Order of De Molay:

DeMolay International, founded in Kansas City, Missouri, in 1919, is an international fraternal organization for young men ages 12 to 21. It was named for Jacques de Molay, the last Grand Master of the Knights Templar. DeMolay was incorporated in the 1990s and is classified by the IRS as a tax exempt 501(c)(3) organization. DeMolay is open for membership to young men between the ages of 12 to 21 of good character who acknowledge a higher spiritual power. It has about 15,000 active members spread throughout every continent save Antarctica. There are active chapters in Australia, Argentina, Aruba, Philippines, Paraguay, Bolivia, Ecuador (affiliated to Peru jurisdiction), Brazil, Italy, Peru, Romania, Greece (affiliated to Romania jurisdiction), France, French Guiana, Albania, Japan, Montenegro, Serbia and Bosnia (affiliated to Serbia jurisdiction). DeMolay is part of the family of Masons and associated organizations. DeMolay is the young Masons of America.

Founding
The Order of DeMolay was founded in 1919 with nine members, most of whom lived near each other in Kansas City. The crown appearing in the self adopted heraldic arms (the emblem) of the order contains 10 rubies, each representing one of the original nine members and the organizations founder, Frank S. Land. The rubies were originally portrayed as pearls; as each founding member died, the pearl representing him was changed to a ruby. 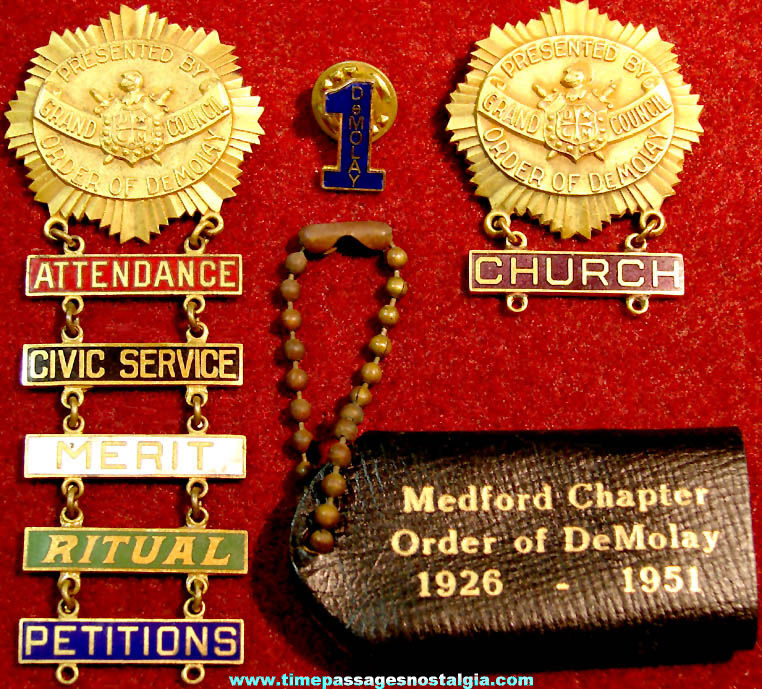