The U.S.C.G.C. Hamilton (WHEC-715) was a U.S. Coast Guard high endurance cutter and the lead ship of its class. Hamilton was based in Boston, Massachusetts from commissioning until 1991 and then out of San Diego, California. Launched December 18, 1965 at Avondale Shipyards near New Orleans, Louisiana and named for Alexander Hamilton the first United States Secretary of the Treasury and founder of the United States Revenue Cutter Service. She was commissioned March 18, 1967. USCGC Hamilton was decommissioned on March 28, 2011 and transferred to the Philippine Navy as an excess defense article under the Foreign Assistance Act on May 13, 2011 as BRP Gregorio del Pilar (PF-15).

Design
The Coast Guard designed a high level of habitability into Hamilton. Living compartments and areas provide fairly comfortable accommodations, including air conditioning, for the 173 men and women who serve on board.

Renovation
In 1988, Hamilton completed a three year fleet renovation and modernization that provided the ship with modern weapons and electronics systems. All spaces and machinery were also completely overhauled and refurbished. The new technology enables Hamilton to operate seamlessly with the United States Navy.

Missions
Hamilton has served a variety of missions with distinction. During a 1969 - 1970 deployment to Vietnam, Hamilton interdicted weapons smugglers and fired more than 4,600 rounds of gunfire in support of U.S. and Vietnamese troops ashore. From 1965 - 1975, Hamilton served on Atlantic Ocean Stations, collecting valuable oceanographic data and conducting frequent search and rescue missions. Hamilton also directed the interdictions of over 21,000 Haitian migrants throughout the Caribbean during Operation Able Manner. In 1994, Hamilton received the Coast Guard Meritorious Unit Commendation for rescuing 135 Haitians from the sea after their sailboat capsized and sank. In 1996, Hamilton transited the Panama Canal and served as the command and control platform for Operation Frontier Shield, a multi agency effort to curtail the influx of narcotics into the United States. Hamilton intercepted 14 drug laden vessels carrying more than 115 tons of contraband worth 200 million dollars. In 1999, Hamilton seized over 2,700 kilograms of cocaine bound for the United States in the Eastern Pacific Ocean. Hamilton frequently patrols the Bering Sea off the Alaskan coast at the Maritime Boundary Line (MBL) which separates the Russian and the United States Exclusive Economic Zones (EEZ). Hamilton's presence on the MBL deters foreign fishing vessels from fishing in the U.S. EEZ.

In March 2007, Hamilton assisted the Sherman in the largest recorded maritime drug bust in history. The two vessels intercepted the Panamanian flagged fishing vessel Gatun in international waters and were able to recover 20 metric tons of cocaine, with an estimated street value of $600 million retail. The seizure was the largest drug bust in U.S. history and the largest interdiction at sea. 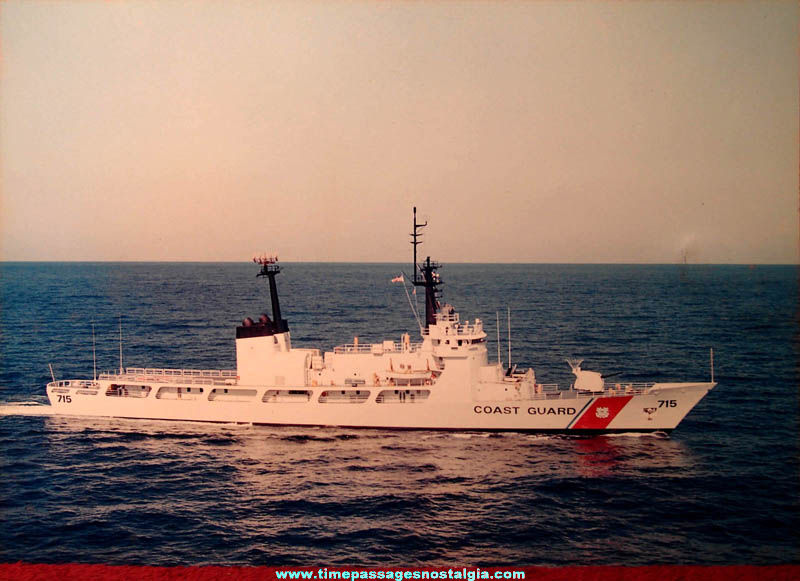