Yaw Control
In most flying wing designs, the stabilising fins are so far forward that any control rudders mounted on them have little effect. Alternative means for yaw control must be provided. The only practical solution is differential drag: the drag near one wing tip is artificially increased, causing the aircraft to yaw in the direction of that wing. Typical solutions include:

Spoiler. A spoiler surface in the upper wing skin is raised, to disrupt the airflow and increase drag. This effect is generally accompanied by a loss of lift, which must be compensated for either by the pilot or by complex design features.

A consequence of the differential drag method is that if the aircraft manoeuvers frequently then it will frequently create drag. So flying wings are at their best when cruising in still air: in turbulent air or when changing course, the aircraft may be less efficient than a conventional design.

Many hang gliders and microlight aircraft are tailless. Although often referred to as flying wings, these types carry the pilot (and engine where fitted) below the wing structure rather than inside it, and so are not true flying wings. An aircraft of sharply swept delta planform and deep centre section represents a borderline case between flying wing, blended wing body and/or lifting body configurations. 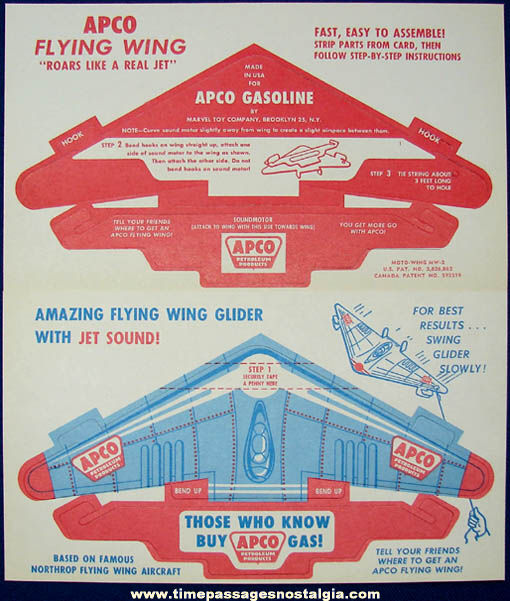