Originally called Pequoiag, the area was first settled by five families in September 1735. When the township was incorporated in 1762, the name was changed to Athol. John Murray, one of the proprietors of the land, chose the name because the hills reminded him of his ancestral home of Blair Atholl, Scotland. Athol means ''pleasant place''. Early residents subsisted on agriculture and hunting. By 1791, Athol had four gristmills, six sawmills, a fulling mill, and a shop with a trip hammer, all of which were operated by water power. The Athol Cotton Factory, built in 1811, was one of the first industries to serve a market beyond the local one. Through the 1800s, textile, leather, wood, and metal industries further expanded the market for goods produced in Athol. The construction of the Vermont and Massachusetts Railroad in the 1840s fostered so much industrial growth that a second line connecting Athol and Springfield was constructed in 1870. Construction of the Fitchburg Railroad, an east west line, came through Athol in 1879, on its way to the Hoosac Tunnel and the Berkshires.

The Athol Machine Company was established in 1868 in order to manufacture a chopping machine invented by Laroy S. Starrett. In 1881, Mr. Starrett established the L. S. Starrett Company, known for making quality precision tools. The company remains the town's largest employer to this day, and thus does Athol live up to the nickname ''Tool Town''. As industries developed along the river valley, homes and stores grew up around the common located on the hill southeast of the factories. This area, today called Uptown, was the location of the first bank. The first trolley lines, established in 1894, ran from Athol to Orange, and additional lines soon provided efficient transportation to surrounding areas. Because of its development of industry, commerce, and transportation, Athol was the center of activity for the entire area at the turn of the century.

During the 1930s, the trolley lines closed due to the increased use of private automobiles, bus service, and the generally difficult economic times. When four Swift River Valley towns were flooded to create the Quabbin Reservoir, the Springfield railroad route had to be abandoned. Consequently, Athol's growth leveled off as commerce became increasingly dependent on the Interstate Highway System. Population reached a peak of 12,186 in 1955. The Route 2 bypass of Athol was constructed in the 1950s, further limiting direct access to the downtown business district. The following years showed population decline, falling to a low of 10,634 in 1980. However, Athol's population has risen gradually since that time and shows every indication of growing. 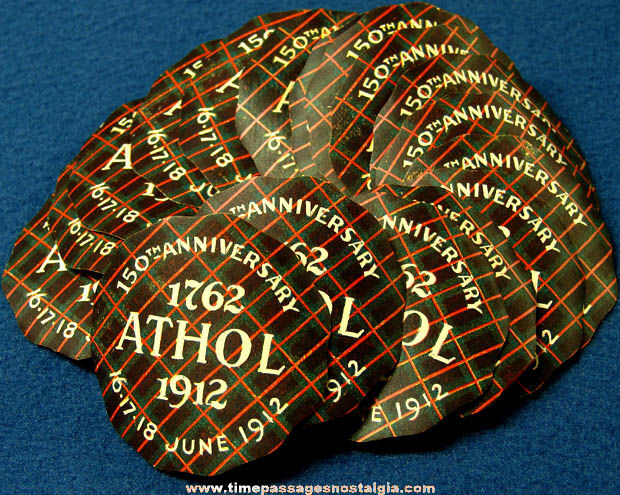