These are silver plated and the backs are each marked ''SHEFFIELD PLATE CO.''. They each measure about 4-3/8'' long. They appear to be in excellent condition with an old silver patina. They could use a cleaning but that will be left for the buyer to decide. Below here, for reference, is some historical information about the U.S.S. Oregon (BB-3) Battleship: 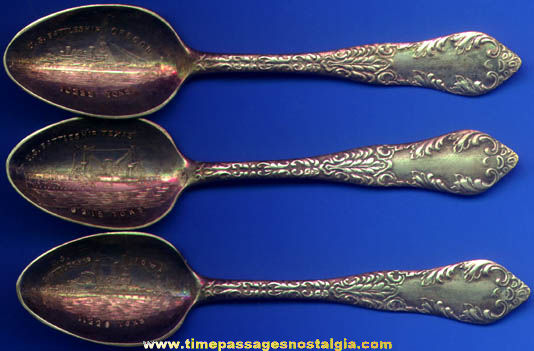