Below here, for reference, is a History of U.S. President James A. Garfield:

James A. Garfield
From Wikipedia, the free encyclopedia

Garfield was born into poverty in a log cabin and grew up poor in Northeast Ohio. After graduating from Williams College, Garfield studied law and became an attorney before entering politics as a Republican in 1857. He served as a member of the Ohio State Senate from 1859 to 1861. Garfield opposed Confederate secession, served as a major general in the Union Army during the American Civil War, and fought in the battles of Middle Creek, Shiloh, and Chickamauga. He was first elected to Congress in 1862 to represent Ohios 19th district. Throughout Garfields congressional service after the war, he firmly supported the gold standard and gained a reputation as a skilled orator. He initially agreed with Radical Republican views on Reconstruction, but later favored a moderate approach to civil rights enforcement for freedmen.

At the 1880 Republican National Convention, delegates chose Garfield, who had not sought the White House, as a compromise presidential nominee on the 36th ballot. In the 1880 presidential election, he conducted a low key front porch campaign and narrowly defeated Democrat Winfield Scott Hancock. Garfields accomplishments as president included a resurgence of presidential authority against senatorial courtesy in executive appointments, purging corruption in the Post Office, and appointing a U.S. Supreme Court justice. He enhanced the powers of the presidency when he defied the powerful New York senator Roscoe Conkling by appointing William H. Robertson to the lucrative post of Collector of the Port of New York, starting a fracas that ended with Robertsons confirmation and Conklings resignation from the Senate. Garfield advocated agricultural technology, an educated electorate, and civil rights for African Americans. He also proposed substantial civil service reforms, which were passed by Congress in 1883 and signed into law by his successor, Chester A. Arthur, as the Pendleton Civil Service Reform Act.

On July 2, 1881, Charles J. Guiteau, a disappointed and delusional office seeker, shot Garfield at the Baltimore and Potomac Railroad Station in Washington D.C. The wound was not immediately fatal, but he died on September 19, 1881, from infections caused by his doctors. Guiteau was executed for Garfields murder in June 1882. 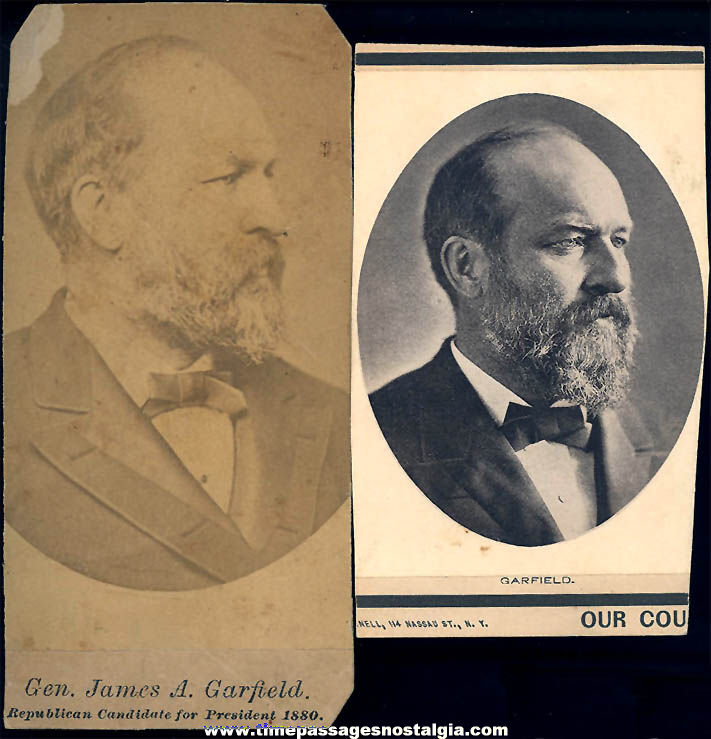