In the Fall of 1942, they headed to St. Louis, Missouri where they spent five months working at KMOX and CBS and also at WEW, KSD, and KWK. The group was together until September 29, 1943 - Jimmie was inducted into the U.S. Army. At that point, Willie Pierson became part of the Novelty Boys and Cora Deane Trio regular act until Jimmie got his honorable discharge on Dec. 7, 1945. From January 1 to April 28, 1944 Willie, Dick and Cora Deane were working at radio station KMA in Shenandoah, Iowa. They then headed up to WNAX out of Yankton, South Dakota, where they began working on May 1, 1944, staying there until March 2, 1946. While in South Dakota, they played many personal appearances ''...with a Radio Troupe usually made up of nine entertainers, who were staff members of WNAX, and featured a Shindig and Floor Show to record breaking crowds.'' This may have been what became known as the Missouri Valley Barn Dance over WNAX. Articles we have seen indicate this was a unique weekly barn dance show in that the show was not based in one city, but rather, the show would move to various locations in its broadcasting area. During his stay in Yankton, Willie sent for Lois and they were married on July 12, 1945. Lois was from Essex, Iowa, a blue eyed blonde. Her birthday is on June 8th but they didn't want to say what year she was born. She was known in the troupe as ''The Singin' Ticket Lady''.

After leaving WNAX, Willie, Jimmie, and Dick and Their Radio Troupe made two weeks' tour of personal appearances in the eastern part of South Dakota as they made their way East. In June, 1946, they made their way east to Bangor, Maine where they hooked up with a local radio station, playing a daily program over WABI and the usual personal appearances five and six nights every week from about the middle of July to the middle of October 1946. In their song folio they mention a highlight of that time back east. It appears that their parents, Mr. & Mrs. E. O. Pierson were special guests on their show. They were billed as ''Bud and Peggie'' or ''Mother and Dad Pierson''. Their father played the five string banjo and sang. While their mom would help out on the harmonies, except she claimed that ''...hollerin' at the old man and ten children the past 40 years, she had kinda lost her singin' voice.'' Their wedding anniversary was November 29, 1906. Bud Pierson was a native of White Cloud, Kansas. His wife, Peggie nee Thrailkill, was born in Iowa Point, Kansas. The two of them lived on farms most of their lives. Around the mid-1940s, they lived on a 40 acre farm just north of Hiawatha. 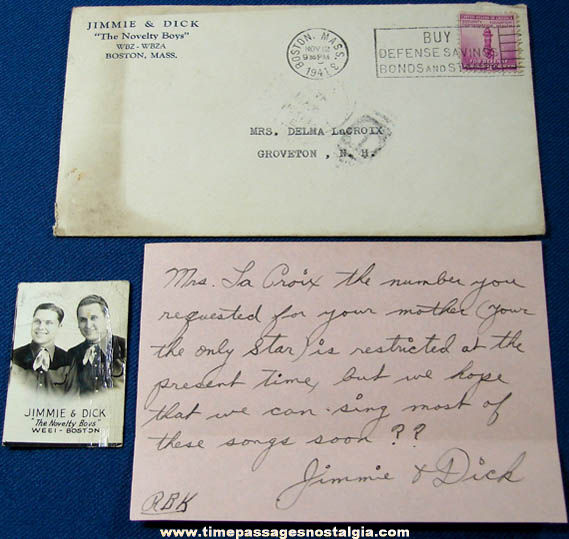