The U.S.S. S-4 (SS-109) was an S class submarine of the United States Navy. In 1927, she was sunk by being accidentally rammed by a U.S. Coast Guard destroyer with the loss of all hands but was raised and restored to service until stricken in 1936.

Her keel was laid down on 4 December 1917 by the Portsmouth Navy Yard in Kittery, Maine. She was launched on 27 August 1919 sponsored by Mrs. Herbert S. Howard, and commissioned on 19 November 1919 with Lieutenant Commander Percy K. Robottom in command.

Following acceptance trials, a visit to Havana, Cuba from 14 - 19 of January 1920, and subsequent operations along the Gulf of Mexico and New England coasts, S-4 departed New London, Connecticut on 18 November to rendezvous off New Hampshire with her assigned unit Submarine Divisions 12 (SubDiv 12) and SubDiv 18. The two divisions were about to embark on a historic voyage which, at that time, was to be the longest cruise undertaken by American submarines. Assigned to Submarine Flotilla 3 of the Asiatic Fleet at Cavite in the Philippine Islands, they sailed via the Panama Canal and Pearl Harbor and arrived at Cavite on 1 December 1921.

The S-4 operated out of the Cavite Naval Station, with occasional visits to Chinese ports, until late 1924, when the two divisions were reassigned to the West Coast. Departing Cavite on 29 October, they arrived at Mare Island, California on 30 December. Remaining at Mare Island in 1925, she operated along the West Coast through 1926, mainly at San Francisco, San Pedro, and San Diego. She departed Mare Island on 10 February 1927 and sailed to the Panama Canal Zone, where she operated through March - April, then proceeded to New London, Connecticut, arriving on 3 May. For the remainder of the year, she operated off the New England coast.

On 17 December 1927, while surfacing from a submerged run over the measured mile off Cape Cod near Provincetown, Massachusetts, she was accidentally rammed and sunk by the Coast Guard destroyer Paulding. Paulding stopped and lowered life boats, but found only a small amount of oil and air bubbles. Rescue and salvage operations were commenced, only to be thwarted by severe weather. Heroic efforts were made to rescue six known survivors trapped in the forward torpedo room, who had exchanged a series of signals with divers, by tapping on the hull. As the trapped men used the last of available oxygen in the sub, a diver placed his helmeted ear to the side of the vessel and received this morse coded message, ''Is É there É any É hope?'' Sadly, there was no reason for hope and all six men perished. The six men who were trapped were:

Despite best efforts all were lost. One diver, Frank W. Crilley, was awarded the Navy Cross for his work in rescuing another diver who became fouled in wreckage during the rescue efforts. The S-4 was finally raised on 17 March 1928, by a salvage effort commanded by Captain Ernest J. King. Several of the salvage divers, including Eadie and Frank W. Crilley, were awarded the Navy Cross for their actions during the operation. The submarine was towed to the Boston Navy Yard for dry docking and was decommissioned on 19 March.

The S-4 was recommissioned on 16 October, after repairs and conversion to a test vessel for submarine rescue experimentation. She served at Key West, Florida in 1929 - 1930, and in the northeast during the remainder of those years. In 1931, she operated again at New London until departing there on 3 January 1932 for Pearl Harbor. Sailing via the Panama Canal, she arrived at Pearl Harbor on 29 August. On 7 April 1933, S-4 was decommissioned and laid up. She was stricken from the Naval Vessel Register on 15 January 1936 and destroyed on 15 May by sinking. 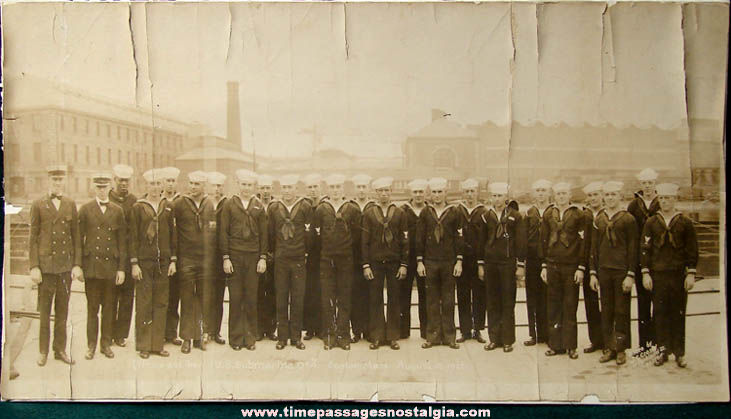