The ticket measures 5-1/2'' x 2-3/4''. It is in near mint unused condition with a small pucture mark and a small spot as pictured. Below here, for reference, is some information about Amelia Earhart and this event: 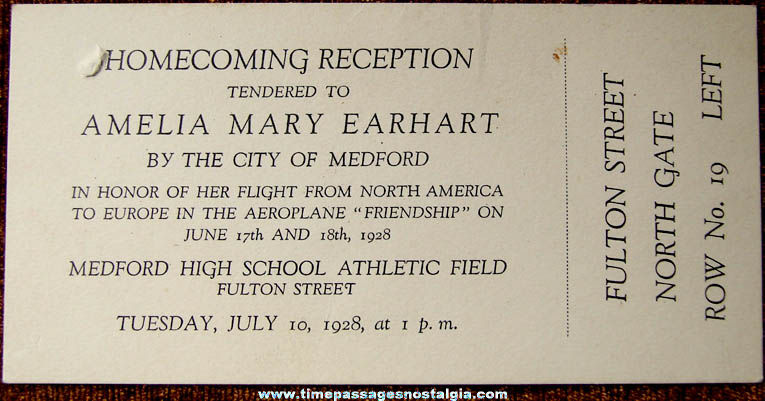