McKinley Morganfield (April 4, 1913 - April 30, 1983), known professionally as Muddy Waters, was an American blues singer, songwriter, and musician who is often cited as the Father of Modern Chicago Blues, and an important figure on the post war blues scene. His style of playing has been described as raining down Delta beatitude.

Muddy Waters grew up on Stovall Plantation near Clarksdale, Mississippi, and by age 17 was playing the guitar and the harmonica, emulating the local blues artists Son House and Robert Johnson. He was recorded in Mississippi by Alan Lomax for the Library of Congress in 1941. In 1943, he moved to Chicago to become a full time professional musician. In 1946, he recorded his first records for Columbia Records and then for Aristocrat Records, a newly formed label run by the brothers Leonard and Phil Chess.

In the early 1950s, Muddy Waters and his band, Little Walter Jacobs on harmonica, Jimmy Rogers on guitar, Elga Edmonds (also known as Elgin Evans) on drums, and Otis Spann on piano recorded several blues classics, some with the bassist and songwriter Willie Dixon. These songs included Hoochie Coochie Man, I Just Want to Make Love to You and Im Ready. In 1958, he traveled to England, laying the foundations of the resurgence of interest in the blues there. His performance at the Newport Jazz Festival in 1960 was recorded and released as his first live album, At Newport 1960. Muddy Waters music has influenced various American music genres, including rock and roll, and rock music.

(Muddy Waters has a very long musical History that can be seen on Wikipedia.)

Death[edit]
Muddy Waters died in his sleep from heart failure, at his home in Westmont, Illinois, on April 30, 1983, from cancer related complications. He was transported from his Westmont home, which he lived in for the last decade of his life, to Good Samaritan Hospital in Downers Grove, Illinois. There he was pronounced dead at the age of 70. The funeral service was held on May 4, 1983. Throngs of blues musicians and fans attended his funeral at Restvale Cemetery in Alsip, Illinois. Muddy Waters is buried next to his wife, Geneva.

Legacy
Two years after his death, the city of Chicago paid tribute to Muddy Waters by designating the one block section between 900 and 1000 East 43rd Street near his former home on the south side Honorary Muddy Waters Drive.[ In 2017, a ten story mural commissioned as a part of the Chicago Blues Festival and designed by Brazilian artist Eduardo Kobra was painted on the side of the building at 17 North State Street, at the corner of State and Washington Streets. The Chicago suburb of Westmont, where Muddy Waters lived the last decade of his life, named a section of Cass Avenue near his home "Honorary Muddy Waters Way. In 2008 a Mississippi Blues Trail marker has been placed in Clarksdale, Mississippi, by the Mississippi Blues Commission designating the site of Muddy Waters cabin. On June 25, 2019, The New York Times Magazine listed Muddy Waters among hundreds of artists whose material was reportedly destroyed in the 2008 Universal fire.

Influence
The British band The Rolling Stones named themselves after Muddy Waters 1950 song Rollin' Stone. Jimi Hendrix recalled that the first guitar player I was aware of was Muddy Waters. I first heard him as a little boy and it scared me to death. The band Cream covered Rollin and Tumblin on their 1966 debut album, Fresh Cream. Eric Clapton was a big fan of Muddy Waters while growing up, and his music influenced Claptons music career. The song was also covered by Canned Heat at the Monterey Pop Festival and later adapted by Bob Dylan on his album Modern Times. One of Led Zeppelins biggest hits, Whole Lotta Love, is based on the Muddy Waters hit You Need Love (written by Willie Dixon). Hoochie Coochie Man, was covered by Allman Brothers Band, Humble Pie, Steppenwolf, Supertramp, and Fear. In 1993, Paul Rodgers released the album Muddy Water Blues: A Tribute to Muddy Waters, on which he covered a number of Muddy Waters songs, including Louisiana Blues, Rollin' Stone, (I'm your) Hoochie Coochie Man, and Im Ready in collaboration with guitarists such as Gary Moore, Brian May and Jeff Beck. Angus Young, of the rock group AC/DC, has cited Muddy Waters as one of his influences. The AC/DC song title You Shook Me All Night Long came from lyrics of the Muddy Waters song You Shook Me, written by Willie Dixon and J. B. Lenoir. Earl Hooker first recorded it as an instrumental, which was then overdubbed with vocals by Muddy Waters in 1962. Led Zeppelin also covered it on their debut album. In 1981 ZZ Top guitarist Billy Gibbons went to visit the Delta Blues Museum in Clarksdale with The Blues magazine founder Jim ONeal. The museums director, Sid Graves, brought Gibbons to visit Muddy Waters original house, and encouraged him to pick up a piece of scrap lumber that was originally part of the roof. Gibbons eventually converted the wood into a guitar. Named Muddywood, the instrument is now exhibited at the Delta Blues Museum in Clarksdale.

Following his death, fellow blues musician B.B. King told Guitar World magazine, Its going to be years and years before most people realize how greatly he contributed to American music. John P. Hammond told Guitar World magazine, Muddy was a master of just the right notes. It was profound guitar playing, deep and simple... more country blues transposed to the electric guitar, the kind of playing that enhanced the lyrics, gave profundity to the words themselves.

Muddy Waters songs have been featured in long time fan Martin Scorseses movies, including The Color of Money, Goodfellas, and Casino. Muddy Waters 1970s recording of his mid 1950s hit Mannish Boy was used in the films Goodfellas, Better Off Dead, Risky Business, and the rockumentary The Last Waltz. In 1988 Mannish Boy was also used in a Levis 501 commercial and re-released in Europe as a single with (I'm your) Hoochie Coochie Man on the flip side. 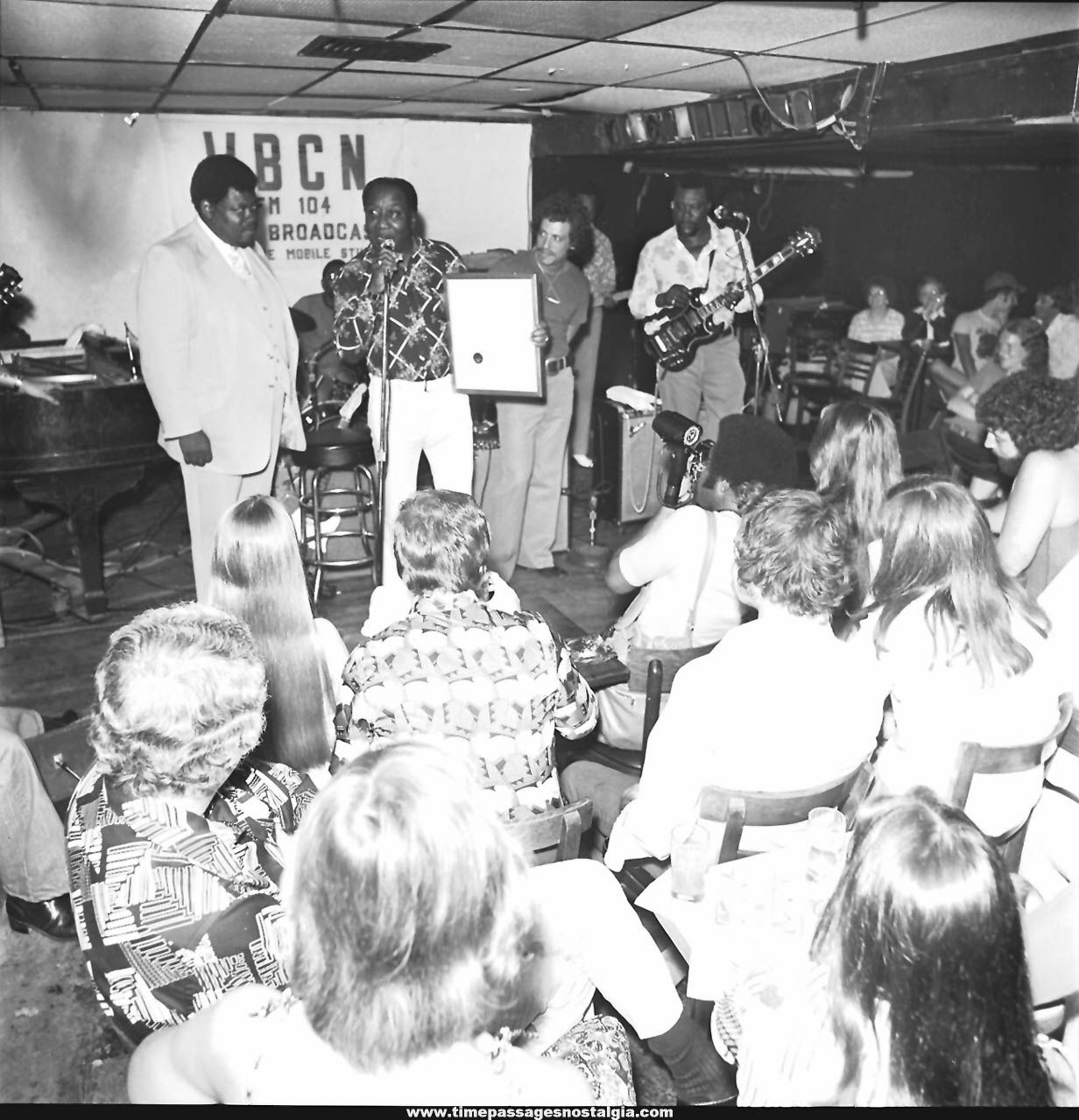 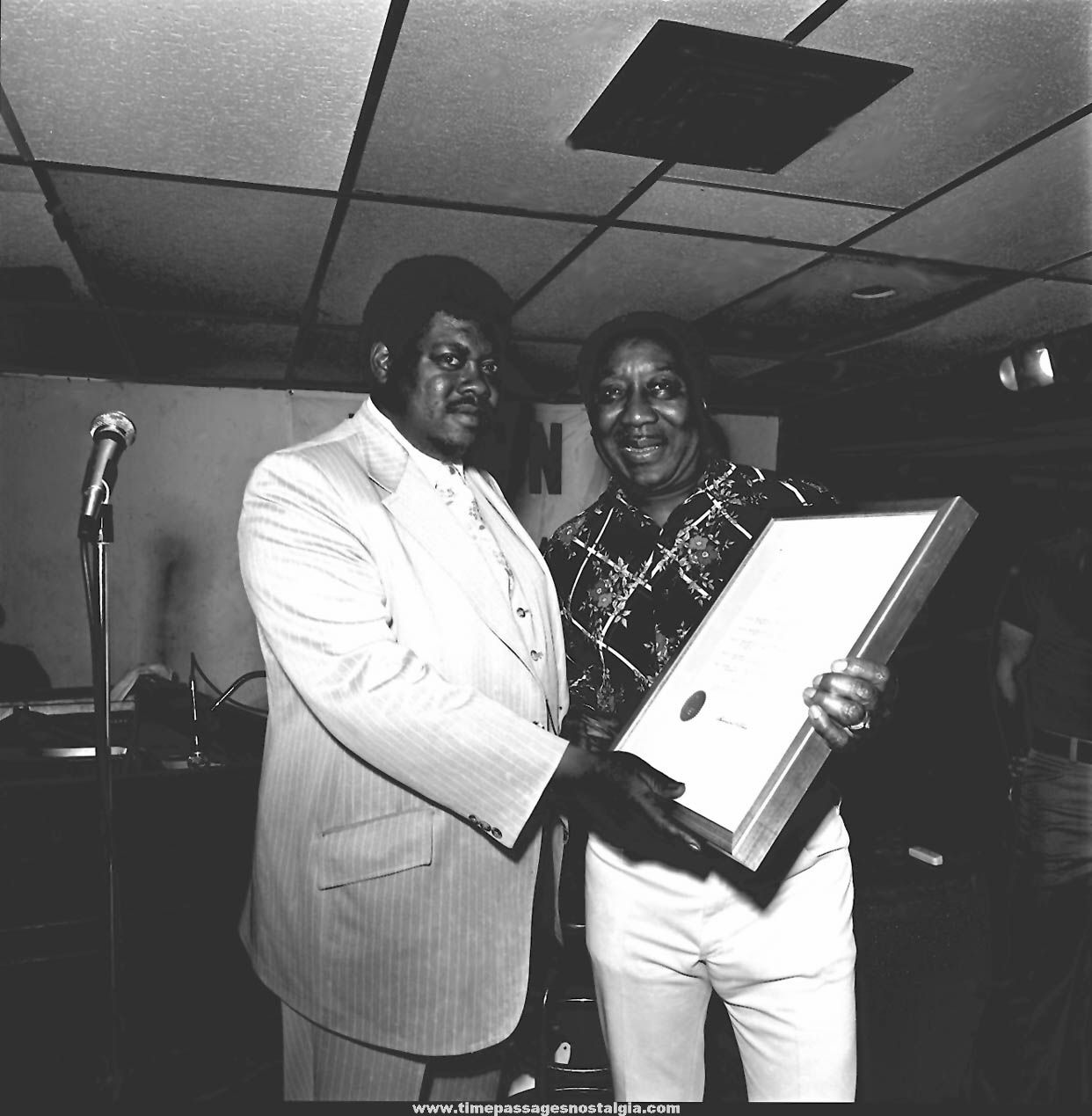