U.S.S. Skate (SSN-578), the second submarine of the United States Navy named for the skate, a type of ray, was the lead ship of the Skate class of nuclear submarines. She was the third nuclear submarine commissioned, the first to make a completely submerged trans-Atlantic crossing, and the second submarine to reach the North Pole and the first to surface there. The contract to build her was awarded to the Electric Boat division of General Dynamics on 18 July 1955, and her keel was laid in Groton, Connecticut on 21 July 1955. She was launched on 16 May 1957 sponsored by Mrs. Lewis L. Strauss, and commissioned on 23 December 1957 with Commander James F. Calvert in command.

Skate conducted shakedown training out of New London, Connecticut until 29 January 1958, when she cruised to the Bermuda operating area, then returned to her home port on 8 February. Sixteen days later, the nuclear powered submarine set a course for the Isle of Portland, England. Before returning home, she had also visited ports in France and the Netherlands.

On 30 July, Skate steamed to the Arctic where she operated under the ice for 10 days. During this time, she surfaced nine times through the ice, navigated over 2,400 miles (3,900 km) under it, and became the second ship to reach the North Pole, earning the Navy Unit Commendation award for ''... braving the hazards of the polar ice pack....''. On 23 August, she steamed into Bergen, Norway. The submarine made port calls in the Netherlands, Belgium, and France before returning to New London on 25 September 1958.

In the following months, Skate, as the first ship of her class, conducted various tests in the vicinity of her home port. In early March 1959 , she again headed for the Arctic to pioneer operations during the period of extreme cold and maximum ice thickness. The submarine steamed 3,900 miles (6,300 km) under pack ice while surfacing through it ten times. On 17 March, she surfaced at the North Pole to commit the ashes of the famed explorer Sir Hubert Wilkins to the Arctic waste. When the submarine returned to port, she was awarded a bronze star in lieu of a second Navy Unit Commendation for demonstrating ''... for the first time the ability of submarines to operate in and under the Arctic ice in the dead of winter....'' In the fall of 1959 and in 1960, Skate participated in exercises designed to strengthen American antisubmarine defenses.

Skate returned to General Dynamics in January 1961 for a regular overhaul and to have her reactor refueled for the first time. She put to sea in August and, for the next 11 months, conducted exercises to increase the operational readiness of her crew.

On 7 July 1962, Skate again set course towards the North Pole. Five days later, U.S.S. Seadragon (SSN-584), did like wise from Pearl Harbor. The two submarines made their rendezvous on 31 July. After meeting, they operated together for over a week. Both submarines surfaced at the North Pole on 2 August and official greetings and insignia of Submarine Force Atlantic Fleet and Submarine Force Pacific Fleet were exchanged.

Skate returned to New London and performed fleet and local operations for the next several years. She entered the Norfolk Naval Shipyard on 28 April 1965, the first nuclear submarine overhauled there, for nuclear refueling and installation of the SUBSAFE package. Skate was the first submarine to finish this major conversion program, which was instituted after the loss of U.S.S. Thresher (SSN-593) in 1963. The process was not completed until September 1967.

After sea trials and a shakedown cruise in the Caribbean, the submarine returned to New London and participated in exercises involved in the development of new undersea tactics and equipment.

In October 1968, Skate was deployed to the Mediterranean where she operated with the Sixth Fleet for two months. The polar veteran operated under the Arctic ice again in March and April 1969 , in October 1970 , and in February 1971 . The remainder of her at sea time was spent in various Atlantic Fleet and NATO exercises. In July 1971 , she began her third regular overhaul at the Norfolk Naval Shipyard and did not return to New London until 17 November 1973. In August 1974, Skate operated as a unit of the Atlantic Fleet.

Skate was decommissioned on 12 September 1986, stricken from the Naval Vessel Register on 30 October 1986, and disposed of by submarine recycling at Puget Sound Naval Shipyard on 6 March 1995.

The U.S.S. Skate appears in Tom Clancy's 1993 novel Without Remorse. 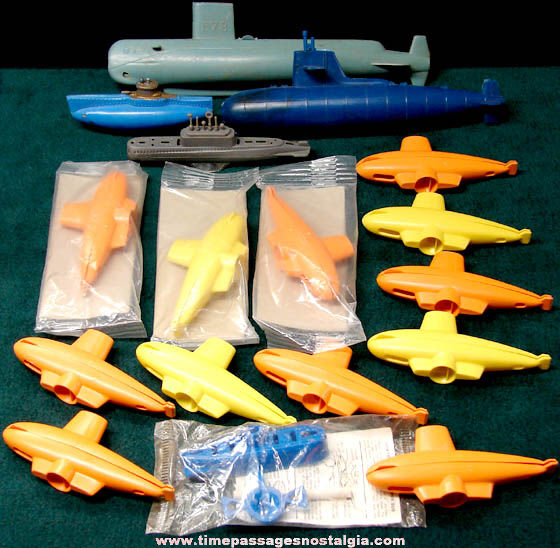