Both of these for one price! The lobby cards each measure 14'' x 11''. They appear to be in good used condition with wear and alterations as pictured and described above.

Below here, for reference, is some additional information on The Little Rascals or Our Gang films:

Our Gang
From Wikipedia, the free encyclopedia

Our Gang (also known as The Little Rascals or Hal Roach's Rascals) is a series of American comedy short films about a group of poor neighborhood children and their adventures. Created by comedy producer Hal Roach, the series was produced between 1922 and 1944 and is noted for showing children behaving in a relatively natural way, as Roach and original director Robert F. McGowan worked to film the unaffected, raw nuances apparent in regular children rather than have them imitate adult acting styles.

In addition, Our Gang notably put boys, girls, whites and blacks together as equals, something that broke new ground, according to film historian Leonard Maltin. That had never been done before in cinema, but has since been repeated after the success of Our Gang.

The franchise began in 1922 as a series of silent short subjects produced by the Roach studio and released by Pathé Exchange. Roach changed distributors from Pathé to Metro Goldwyn Mayer (MGM) in 1927, and the series entered its most popular period after converting to sound in 1929. Production continued at the Roach studio until 1938, when the series was sold to MGM, which produced the comedies itself until 1944. In total, the Our Gang series includes 220 shorts and one feature film, General Spanky, featuring over 41 child actors. As MGM retained the rights to the Our Gang trademark following their purchase of the production rights, the 80 Roach produced ''talkies'' were syndicated for television under the title ''The Little Rascals'' beginning in 1955. Both Roach's The Little Rascals package (now owned by CBS Television Distribution) and MGM's Our Gang package (now owned by Turner Entertainment and distributed by Warner Bros. Television) have since remained in syndication. New productions based on the shorts have surfaced periodically over the years, including a 1994 Little Rascals feature film released by Universal Pictures.

Unlike many motion pictures featuring children and based in fantasy, producer / creator Hal Roach rooted Our Gang in real life: the majority of the children were poor, and the gang was often at odds with snobbish ''rich kids'', officious adults and parents, and other such adversaries. The series was notable in that the gang included both blacks and females in leading parts at a time when discrimination against both groups was commonplace.

Our Gang cast and personnel
The following is a listing of the primary child actors in the Our Gang comedies. They are grouped by the era during which they joined the series. 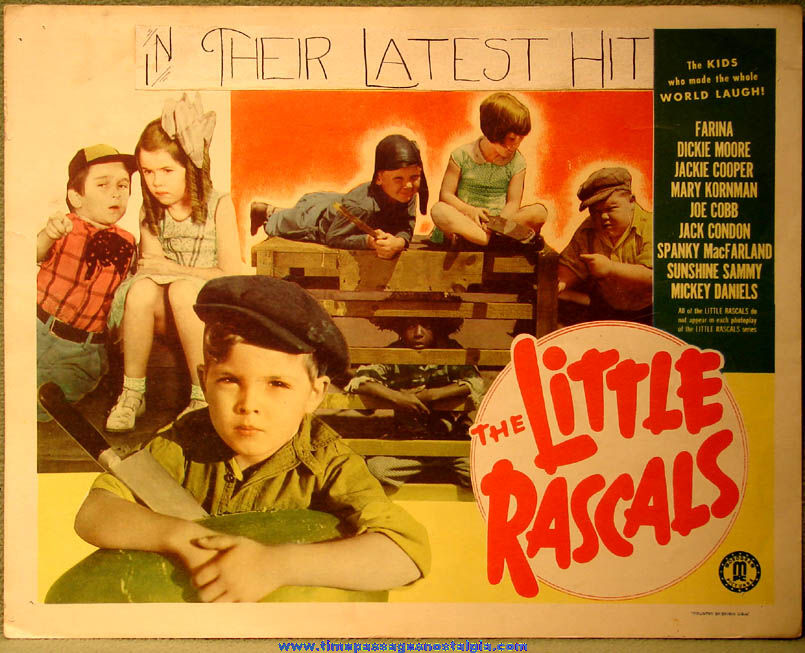 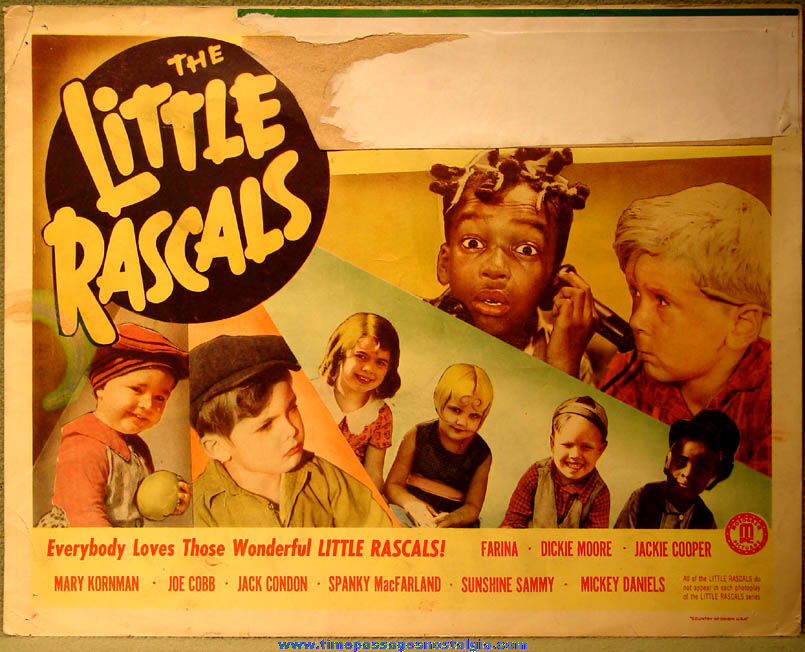