Daniel Boone is an American action/adventure television series that aired from September 24, 1964 to September 10, 1970 on NBC for 165 episodes, and was made by 20th Century Fox Television. The title role was played by Fess Parker. Ed Ames costarred as Mingo, Boone's American Indian friend, for the first four seasons of the series. Albert Salmi portrayed Boone sidekick Yadkin in season one only. Country Western singer actor Jimmy Dean was a featured actor during the 1968 - 1970 seasons. Actor and former NFL football player Roosevelt Grier made regular appearances in the 1969 to 1970 season. The show was broadcast ''in living color'' beginning in fall, 1965, the second season. It was shot entirely in California and Kanab, Utah.

Daniel Boone was one of two iconic historical figures played by Fess Parker. He previously appeared as Davy Crockett in a series of episodes of the Walt Disney anthology television series, to considerable acclaim. For his role as Boone, which lasted far longer but had arguably less impact, Parker again wore a raccoon hide coonskin cap, which had been popularized years earlier by the Crockett shows. Daniel Boone's headgear was even mentioned in the show's theme song: ''From the coonskin cap on the top of ol' Dan....'' although the real life Daniel Boone did not actually wear a coonskin cap.

Parker's Boone was less of an explorer and more a family man than Parker's Crockett. Boone's wife Rebecca (played by Patricia Blair) and son Israel (Darby Hinton) were often featured in the stories. In reality, Boone had ten children. During the first two seasons, his daughter Jemima was shown (played by Veronica Cartwright), but she disappeared with no explanation toward the end of the second season. Western actor Chris Alcaide appeared twice on the series, once as an Indian, Flathead Joseph.

The series was set in the 1770s, just before and during the American Revolution, and mostly centered on adventures in and around Boonesborough, Kentucky. Some aspects of the show were less than historically faithful, which at one point led the Kentucky legislature to condemn the inaccuracies. Inconsistencies included episodes such as ''The Aaron Burr Story'', a second season episode in which the former Vice President of the United States visits Boonesborough. The episode was based on Burr's raising an armed group, allegedly to commit treason, in 1806, while another episode in the second season hinged on allegations that the Boonesborough settlers were planning insurrection against the British Crown, prior to the American Revolution. Still other episodes took place during the Revolution. No explanation was made for the 30 year discrepancy.

The character Mingo was half Cherokee and highly educated, somewhat in the Tonto mold but with updated sensibilities and without the broken English. (A graduate of Oxford University, Mingo passed as a British officer in at least two episodes, and sang opera in another.) Singer Ed Ames's role as Mingo led to an infamous tomahawk throwing demonstration on The Tonight Show that was rerun on anniversary clip shows for decades afterward. In reality, the Mingo were a small group of Natives (and not one man) who were related to the Iroquois. There were three versions of the theme song written by Vera Matson and Lionel Newman. The third ''groovy version'' was sung by The Imperials.

Another television treatment of the life of Daniel Boone appeared on the Disney anthology series in 1960, with Dewey Martin starring as Boone. This four part series did not have remotely the same impact as the Crockett shows. Unsurprisingly, Fess Parker's Daniel Boone is much better remembered today than Martin's. 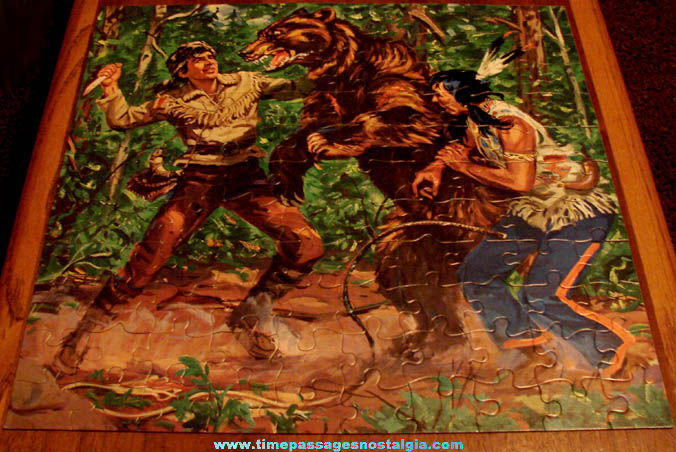 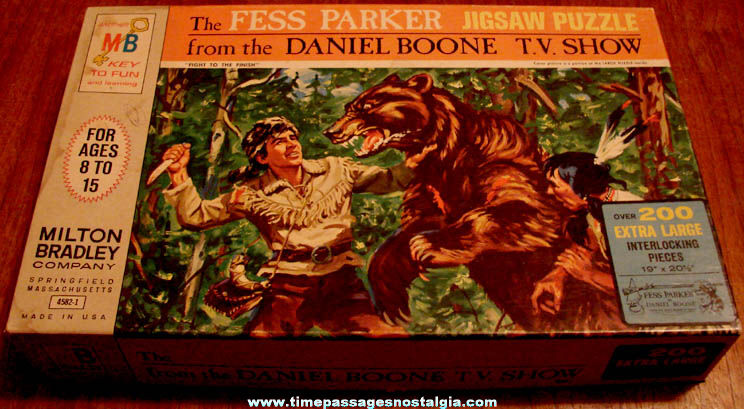