Rexall is a chain of North American drugstores, and the name of their store branded products. The stores, having roots in the federation of United Drug Stores starting in 1902, licensed the Rexall brand name to as many as 12,000 drug stores across the United States from 1920 to 1977. (The ''Rex'' in the name came from the common Rx abbreviation for drug prescriptions.) Since 1985, it has been the name of over the counter drugs and drugstores in Canada operated by the Katz Group of Companies, and of health supplements in the United States. The Canadian Rexall brand is not related to the United States operations.

Founding
In 1902, Louis K. Liggett persuaded 40 independent drug stores to invest $4,000 in a retailers' cooperative called United Drug Stores, which sold products under the Rexall name. After World War I, the cooperative established a franchise arrangement where by independently owned retail outlets adopted the Rexall trade name and sold Rexall products. The company was based in Boston, in an area now occupied by Northeastern University.

Growth
Justin Whitlock Dart, formerly of the Walgreens drugstore chain, took control of Boston based United Drug Company in 1943. The chain operated under the Liggett, Owl, Sonta, and Rexall brands, which Dart rebranded under the Rexall name. Rexall gained national exposure through its sponsorship of two famous classic American radio programs of the 1940s and 1950s: ''Amos and Andy'' and ''The Phil Harris-Alice Faye Show''. Both shows were often opened by an advertisement from an actor (Griff Barnett) portraying ''your Rexall family druggist'', and included the catch phrase ''Good health to all from Rexall''. They also sponsored ''The Jimmy Durante Show'' and there are references by the character Mr. Peavey in some of ''The Great Gildersleeve'' radio shows. Rexall also sponsored ''Richard Diamond, Private Detective'' starring Dick Powell from April 1950 until Camel replaced Rexall as the sponsor after the December 6, 1950 broadcast.

In 1946, United - Rexall Drug Inc. purchased the Renfro chain in Texas, and Lane Drug Stores which had 58 stores throughout the Southeast. It also launched the Owl Superstores chain. In 1947, the company held a gala opening for their new headquarters and first store in Los Angeles, California. The new Hollywood Owl was reported in Life Magazine as ''the World's Biggest Drugstore''. In 1958, the Rexall Drug Company was the largest U.S. drug store franchise, with 11,158 stores (for comparison, there are fewer than 12,000 McDonald's restaurants in the U.S. today). Time Magazine noted that 2/3 of its stores were in areas where 1/3 of the population lived. However, this comprised more than 20% of all drug stores in the United States. Dart sold his stake in Rexall in 1978. Dart had acquired stakes in West Bend, Duracell, Hobart Corporation, Tupperware, Ralph Wilson Plastics, and Archer Glass, which were collectively known as Dart Industries.

Decline
By the late 1950s, Rexall's business model of unitary franchised stores, with each store owned independently by the local Pharmacist, was already coming under attack by the discount chains, such as Thrifty Drug and Eckerd. These well financed corporate entities were able to reduce costs with block purchasing, and were focused on growth. By 1977, the value of the Rexall business had deteriorated to the point that it was sold to private investors for $16 million. The investors divested the company owned stores, though existing franchise retailers were able to keep the Rexall name. These tended to be weaker stores, and few kept the name as time progressed. The company did continue to distribute vitamins, health foods, and plastic items. Across the US, there remain some franchise retailers still using the Rexall name. In the early 1980s, Rexall, headed by Howard K. Vander Linden, a third generation Rexall employee, was the subject of a hostile takeover by an organization headed by Larry Brown. The company almost immediately slid into decline.

Rexall-Sundown
Sundown, a maker of sunscreens, acquired the Rexall trademark in 1985 and continued to produce nutritional supplements and remedies under the new name Rexall-Sundown, with no relationship to the remaining chain of Rexall drugstores, nor to the Canadian maker of medicines and sundries. Numico acquired Rexall Sundown in 2000. Numico split up the Rexall divisions and divested them in 2003, selling the name Rexall - Sundown to NBTY, a U.S. vitamin company, and the Unicity Network division was to be sold to Activated Holdings, a privately held company. The deal fell through and Unicity Network was sold to its management.

Dollar General and Rexall
In March 2010, Dollar General announced that it would retail Rexall branded products. Rexall products are in several of the retailer's categories, including over the counter medication, dental care, vitamins and supplements, foot care and first aid. 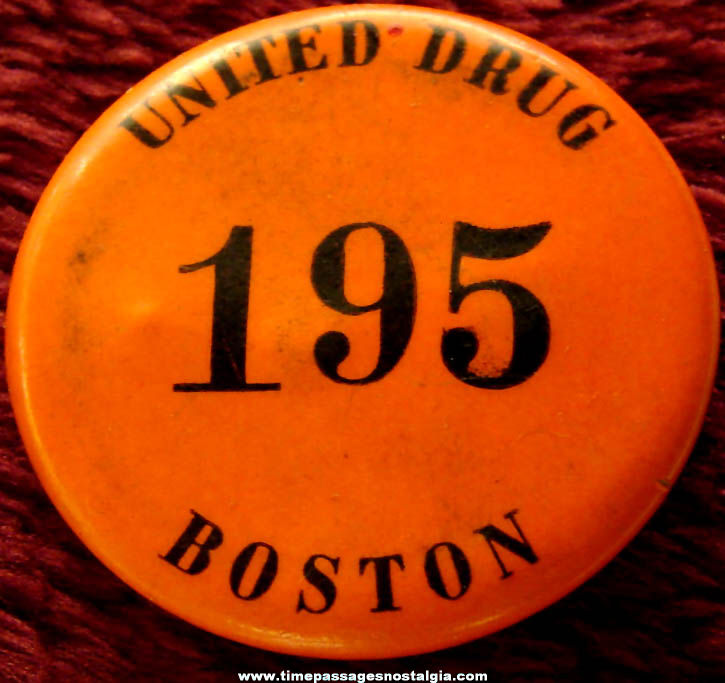