Michelangelo's David, sculpted from 1501 to 1504, is a masterpiece of Renaissance sculpture and one of Michelangelo's two greatest works of sculpture, along with the Pietà. It is the David alone that almost certainly holds the title of the most recognizable statue in the history of art. It has become regarded as a symbol both of strength and youthful human beauty. The 5.17 meter (17 ft) marble statue portrays the Biblical King David at the moment that he decides to do battle with Goliath. It came to symbolize the Florentine Republic, an independent city state threatened on all sides by more powerful rival states. This interpretation was also encouraged by the original setting of the sculpture outside the Palazzo della Signoria, the seat of civic government in Florence. The completed sculpture was unveiled on 8 September 1504.

History
The history of Michelangelo's David precedes his work on it from 1501 - 1504. At that time the Overseers of the Office of Works of the Duomo (Operai), comprised mostly of members of the influential woolen cloth guild, the Arte della Lana, had plans to commission a series of twelve large Old Testament sculptures for the buttresses of the cathedral of Santa Maria del Fiore. Until then only two had been created independently by Donatello and his assistant, Agostino di Duccio. Eager to continue their project, in 1464 they again contracted Agostino to create a sculpture of David. He only got as far as beginning to shape the legs, feet and chest of the figure, roughing out some drapery and probably gouging a hole between the legs. His association with the project, for reasons unknown, ceased with the death of his master Donatello in 1466, and Antonio Rossellino was commissioned to take up where Agostino had left off.

Rossellino's contract was terminated, soon thereafter, and the block of marble originally from a quarry in Carrara, a town in the Apuan Alps in northern Italy, remained neglected for twenty-five years, all the while exposed to the elements in the yard of the cathedral workshop. the rain and wind weathered it down to a smaller size than was originally planned. This was of great concern to the Operai authorities, as such a large piece of marble was both costly, and represented a large amount of labor and difficulty in its transportation to Florence. In 1500, an inventory of the cathedral workshops described the piece as, ''a certain figure of marble called David, badly blocked out and supine.'' A year later, documents showed that the Operai were determined to find an artist who could take this large piece of marble and turn it into a finished work of art. They ordered the block of stone, which they called The Giant, ''raised on its feet'' so that a master experienced in this kind of work might examine it and express an opinion. Though Leonardo da Vinci and others were consulted, it was young Michelangelo, only twenty-six years old, who convinced the Operai that he deserved the commission. On August 16, 1501, Michelangelo was given the official contract to undertake this challenging new task. He began carving the statue early in the morning on Monday, September 13, a month after he was awarded the contract. He would work on the massive biblical hero for a little more than three years.

Since Michelangelo's David differs from previous representations of the subject in that David is not depicted with the slain Goliath (as he is in Donatello's and Verrocchio's versions, produced earlier), a common interpretation is that David is depicted before his battle with Goliath. Instead of being shown victorious over a foe much larger than he, David looks tense and ready for combat. His veins bulge out of his lowered right hand and the twist of his body effectively conveys to the viewer the feeling that he is in motion. The statue is meant to show David after he has made the decision to fight Goliath but before the battle has actually taken place. It is a representation of the moment between conscious choice and conscious action. However, other experts (including Giuseppe Andreani, the current director of Accademia Gallery) consider the depiction to represent the moment immediately after battle, as David serenely contemplates his victory.

On January 25, 1504, when the sculpture was nearing completion, a committee of Florentine artists including Leonardo da Vinci and Sandro Botticelli met to decide on an appropriate site for the David. The majority, led by Giuliano da Sangallo and supported by Leonardo and Piero di Cosimo, among others, believed that due to the imperfections in the marble the sculpture should be placed under the roof of the Loggia dei Lanzi on Piazza della Signoria. Only a rather minor view, supported by Botticelli, believed that the sculpture should be situated on or near the cathedral. Eventually the David was placed in front of the entrance to the Palazzo Vecchio, also on Piazza della Signoria, replacing Donatello's bronze sculpture of Judith and Holofernes, which embodied a comparable theme of heroic resistance. It took four days to move the statue from Michelangelo's workshop onto the Piazza della Signoria. In 1504, the Florentines added a gilded wreath to his head and a gilt-bronze belt to cover his nudity. At that time the supporting tree stump was also gilded.

To protect it from damage, the sculpture was moved in 1873 to the Accademia Gallery in Florence, where it attracts many visitors. A replica was placed in the Piazza della Signoria in 1910. In 1991 a vandal attacked the statue with a hammer, damaging the toes of the left foot before being restrained. The samples obtained from that incident allowed scientists to determine that the marble used was obtained from the Fantiscritti quarries in Miseglia, the central of three small valleys in Carrara. The marble in question contains many microscopic holes that cause it to deteriorate faster than other marbles. Because of the marble's degradation, a controversy occurred in 2003, when the statue underwent its first major cleaning since 1843. Some experts opposed the use of water to clean the statue, fearing further deterioration.

Style and detail
Michelangelo's David is based on the artistic discipline of disegno, which is built on knowledge of the male human form. Under this discipline, sculpture is considered to be the finest form of art because it mimics divine creation. Because Michelangelo adhered to the concepts of disegno, he worked under the premise that the image of David was already in the block of stone he was working on in much the same way as the human soul is found within the physical body. It is also an example of the contrapposto style of posing the human figure. The proportions are not quite true to the human form; the head and upper body are somewhat larger than the proportions of the lower body. While some have suggested that this is of the mannerist style, the most commonly accepted explanation is that the statue was originally intended to be placed on a church façade or high pedestal, and that the proportions would appear correct when the statue was viewed from some distance below. There was controversy over the statue's supposed Biblical reference, since the statue seemed to portray an uncircumcised male, whereas the historical King David was undoubtedly circumcised. It was also suggested that this was a conscious decision in Michelangelo's endeavor to emulate the ancient Greek aesthetic ideals, which regarded the circumcised penis as mutilated. 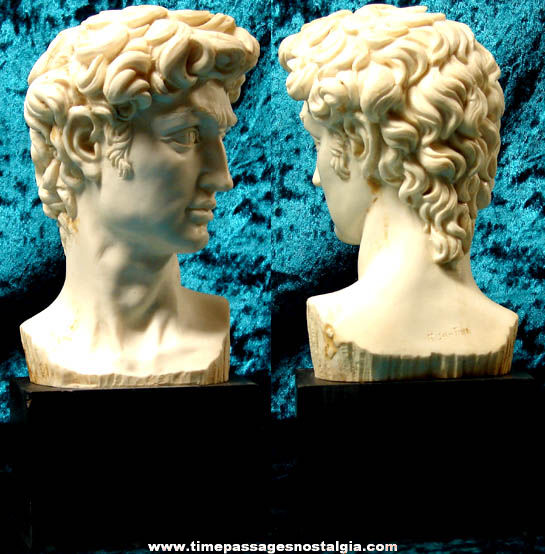 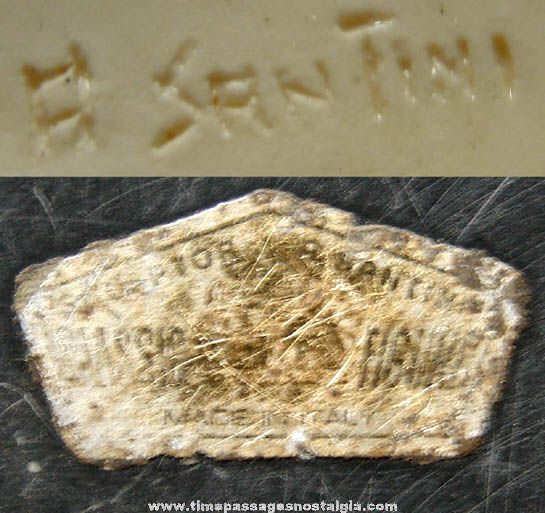