The U.S.S. Augusta (SSN-710), a Los Angeles class submarine, was the second ship of the United States Navy to be named for Augusta, Maine. The contract to build her was awarded to the Electric Boat Division of General Dynamics Corporation in Groton, Connecticut on 31 October 1973 and her keel was laid down on 1 April 1983. She was launched on 21 January 1984 sponsored by Mrs. Diana D. Cohen, and commissioned on 19 January 1985, with Commander Thomas W. Turner in command.

1986 collision
The Soviet Navy claims that on 3 October 1986, Augusta, commanded by James von Suskil, collided with the 667AU Nalim (Yankee-I) class ballistic missile submarine K-219, commanded by Igor Britanov, off the coast of Bermuda.[2] The United States Navy states that K-219 was disabled by an internal explosion. On 20 October 1986, shortly after K-219 sank and Augusta had returned to patrol, she collided with something, and was forced to return to Groton for about US$3 million in repairs to her bow and sonar sphere. What she collided with is officially unknown. If not K-219, it is suggested that she had been trailing a Delta-I ballistic missile submarine, and, unknown to Augusta, being trailed in turn by a Victor class submarine. If abrupt maneuvers were made, Augusta could have collided with the Delta. Photographs exist of a Delta submarine with a large dent in its starboard bow, which the Soviet Navy identified as K-279. In the Russian version of the book, the Soviet submarine is identified as K-457.

In 2003, the U.S.S. Augusta was one of a handful of submarines participating in Tomahawk Strikes against Iraq in the opening of Operation Iraqi Freedom. The boat successfully launched missiles against all assigned missions leaving the theater with 100% completion.

The USS Augusta underwent extensive maintenance during 2006 to prepare for six month deployment in 2007, which began in March and completed in September. Augusta changed its homeport to Norfolk Naval Shipyard where it began decommissioning in January 2008. U.S.S. Augusta began decommissioning in January 2008, and completed the disassembly of her reactor on 24 November 2008. 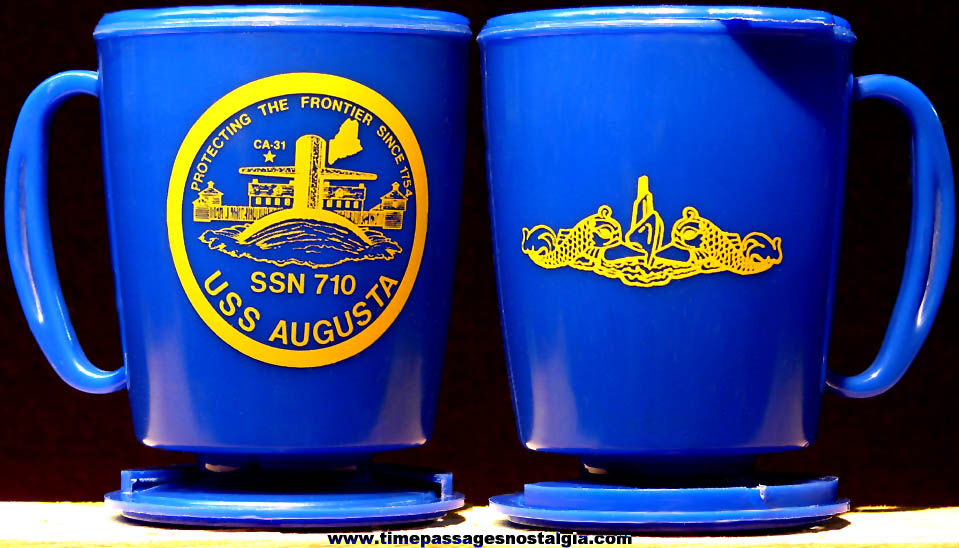