John Bull is a British built railroad steam locomotive that operated in the United States. It was operated for the first time on September 15, 1831, and it became the oldest operable steam locomotive in the world when the Smithsonian Institution operated it in 1981. Built by Robert Stephenson and Company, the John Bull was initially purchased by and operated for the Camden and Amboy Railroad, the first railroad in New Jersey, which gave John Bull the number 1 and its first name, ''Stevens''. The C&A used the locomotive heavily from 1833 until 1866, when it was removed from active service and placed in storage.

After the C&A's assets were acquired by the Pennsylvania Railroad (PRR) in 1871, the PRR refurbished and operated the locomotive a few times for public displays: it was steamed up for the Centennial Exposition in 1876 and again for the National Railway Appliance Exhibition in 1883. In 1884 the locomotive was purchased by the Smithsonian Institution as the museum's first major industrial exhibit.

In 1939 the employees at the PRR's Altoona, Pennsylvania, workshops built an operable replica of the locomotive for further exhibition duties, as the Smithsonian desired to keep the original locomotive in a more controlled environment. After being on static display for the next 42 years, the Smithsonian commemorated the locomotive's 150th birthday in 1981 by firing it up, making it the world's oldest surviving operable steam locomotive. Today, the original John Bull is on static display once more in the Smithsonian's National Museum of American History in Washington, D.C. The replica John Bull is preserved at the Railroad Museum of Pennsylvania. 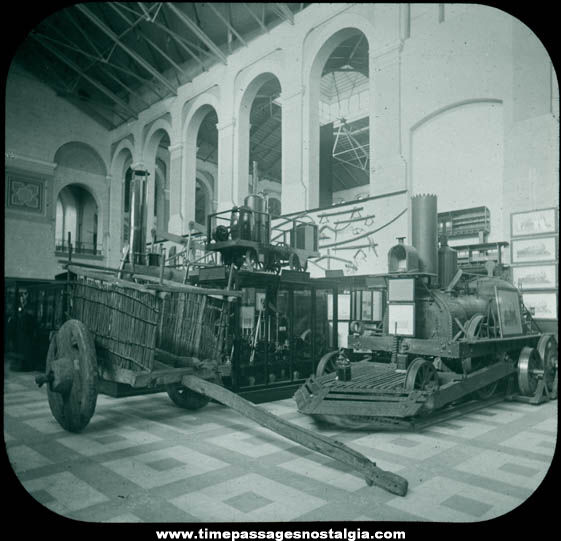