The U.S.S. Boston (CA-69/CAG-1), a Baltimore class heavy cruiser, was the sixth ship of the United States Navy to be named for the city of Boston, Massachusetts. Boston was launched 26 August 1942 by Bethlehem Steel Company's, Fore River Shipyard, Quincy, Massachusetts; sponsored by Mrs. Maurice J. Tobin, wife of the Mayor of Boston; and commissioned 30 June 1943, Captain J. H. Carson in command.

Service history
World War II
The U.S.S. Boston reported to the Pacific Fleet, arriving at Pearl Harbor 6 December 1943. She joined Task Force 58 (TF 58) in January and took part in the raids on the Marshall Islands in support of the invasions of Kwajalein, Majuro, and of Eniwetok (31 January - 28 February 1944). Boston also supported the assaults on the Palaus and Western Carolines between 30 March and 1 April, and operations at Hollandia (currently known as Jayapura) and Western New Guinea on 21 - 24 April. The ship participated in the attack on Truk, including bombardment of Satawan Island between 29 April - 1 May. Boston also supported the invasion of Saipan between 11 and 24 June, and took part in several raids on the Bonin Islands in June and July. She was also supporting the carrier task forces during the Battle of the Philippine Sea on 19 June. Boston towed the crippled U.S.S. Houston after it was torpedoed by the Japanese.

Boston returned to the Marianas, to support the invasion of Guam on 12 July, until the successful completion of the campaign on 15 August. The ship also took part in the raids on Palau-Yap-Ulithi between 25 and 27 July, as well as the landings on Morotai on 15 September, and the seizure of the southern Palaus between 6 September - 14 October. She also supported the raids on the Philippine Islands, starting on 9 September, until 24 September.

Boston then returned to the United States for overhaul, arriving at Long Beach, California, 25 March 1945. Returning to the Western Pacific, via Pearl Harbor and Eniwetok, she joined TF 38 for the raids on the Japanese home islands (20 July - 15 August), including the bombardment of Kamaishi, Honsh (9 August). Following the Japanese surrender, Boston remained in the Far East on occupation duty until 28 February 1946. She then returned to the United States and was placed out of commission in reserve at Puget Sound Naval Shipyard on 12 March 1946.

The U.S.S. Boston was reclassified CAG-1 on 4 January 1952 as the world's first guided missile cruiser. In February 1952 she was towed from Bremerton, Washington, to Philadelphia for conversion to a guided missile heavy cruiser by New York Shipbuilding Corporation, Camden, New Jersey. During conversion her aft 8 inch turret was replaced with anti-aircraft missile launchers and she was otherwise modernized. Boston was recommissioned 1 November 1955 as the lead ship of her class and operated along the east coast and in the Caribbean conducting missile evaluations and participating in fleet exercises until departing for the Mediterranean 23 November 1956. She returned in May 1957.

After making a Midshipmen's cruise to South America, taking part in NATO exercises in the North Atlantic, and receiving an overhaul, Boston made her second Sixth Fleet tour during June - September 1958. This cruise included participation in the Lebanon crisis. During the next eight years she frequently operated in the Mediterranean, often in the role of flagship, as well as taking part in exercises off Northern Europe, in the Caribbean and off the U.S. East Coast. Boston served as flagship for the recovery effort of the Palomares Incident from February through April 1966.

Vietnam War
In April 1967, Boston returned to the Pacific for the first time in fifteen years, transiting the Panama Canal to begin a tour of combat service with the 7th Fleet. Part of Naval Gunfire Support Task Unit 77.8.9 and Sea Dragon operations off North Vietnam, she fired thousands of rounds of eight and five inch shells against targets in North and South Vietnam. Though continuing to be based on the East Coast, the cruiser made two more deployments to the Western Pacific, in April - October 1968 and May - November 1969, the only 6th Fleet cruiser to make 3 tours to the combat zone. In May 1968, Boston was reclassified from ''Guided-Missile Heavy Cruiser'' to ''Heavy Cruiser, Attack'', reverting to her original hull number, CA-69. Though she retained her Terrier missiles, the swift advance of technology had made these weapons obsolete after little more than a dozen years' service, and her main battery was once again her eight inch rifles, of which six remained in her forward turrets. On 16 - 17 June 1968, while conducting naval gunfire against North Vietnamese targets, Boston was accidentally attacked by U.S. jet aircraft, in company with Australian guided missile destroyer Hobart. Two Australian sailors were killed, and minor damage occurred to both warships. The ships were in the vicinity of Swift Boats PCF-12 & 19, which had come under attack by North Vietnamese helicopters. PCF-19 was sunk with 5 KIA. F-4 Phantom IIs from Da Nang responded and arrived on scene after the North Vietnamese helicopters departed. The U.S. Navy currently maintains the Swift Boat attack as part of the Boston and Hobart incident, and officially records the incident as friendly fire.

Decommissioning
While on her last Vietnam cruise some thought funding was given to overhaul the Boston (and sister ship Canberra) for further service. Her Terrier missile system would have been upgraded to Standard Missile-ER with new radars and equipment needed to operate the modern missiles. Her gunnery systems would also have been refurbished. In addition, her hull and electronics would have been overhauled as well, giving the ship another 10 years of life. With the decline in defense spending, funds for this work were reallocated to newer ships and Boston sailed for her namesake city in late 1969 for a last visit and open house prior to her decommissioning. U.S.S. Boston began the inactivation process soon after finishing her final Vietnam cruise. Decommissioned at the Boston Navy Yard's South Boston Naval Annex in South Boston, Massachusetts, on 5 May 1970, she was stricken from the Naval Vessel Register in January 1973 (one source says 1974) and sold for scrapping in March 1975. Scrapping was completed in 1976.

Awards
Boston received 10 battle stars for her World War II service and 5 more during the Vietnam War. She also received the Navy Unit Commendation Medal for her naval gunfire support during the Battle of Dong Ha, May 1968. Boston was also honored with the Republic of Vietnam Meritorious Unit Citation Gallantry for naval gunfire support and ''Sea Dragon'' Operations during the period 30 July - 30 August 1968 and again during Operations ''Brave Armada'' and ''Durham Peak'' in June - July 1969. 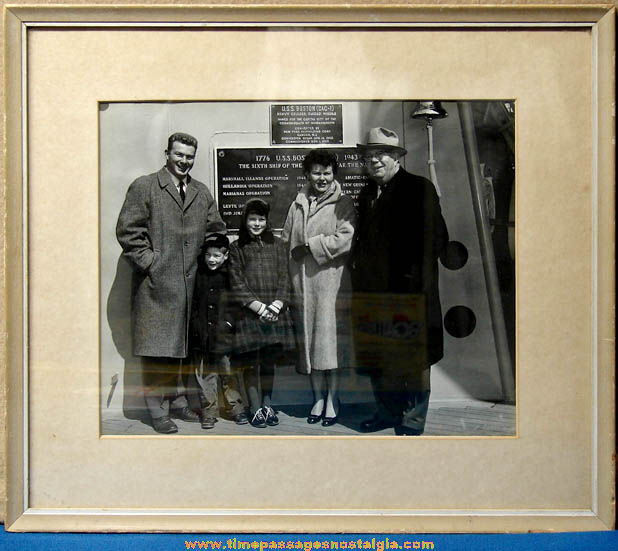 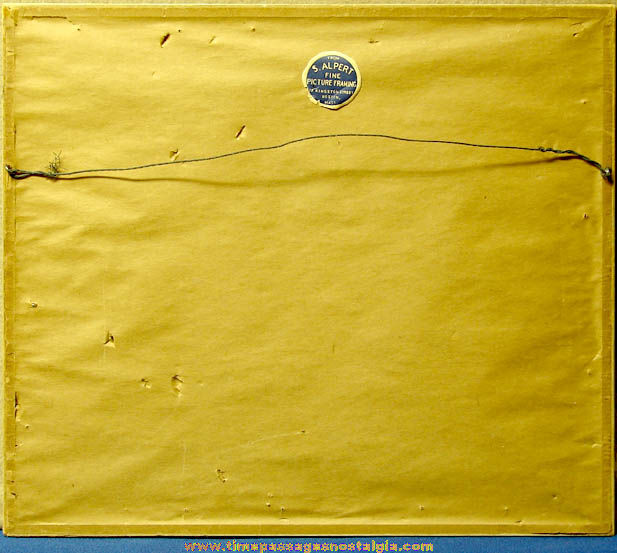