To judge the sizes the box measures about 2-7/8'' x 2-7/8'' x 2-7/8''. The ball appers to be in mint condition and the box has a little wear as pictured. Below here, for reference, is some information on New York Yankee baseball players Whitey Ford and Tom Tresh:

Edward Charles ''Whitey'' Ford (born October 21, 1928) is a former Major League Baseball pitcher who spent his entire 18 year career with the New York Yankees. He was voted into the Baseball Hall of Fame in 1974.

Biography
Early life and career
Ford was a native of the Astoria neighborhood of Queens, located in New York City just a few miles from Yankee Stadium over the Triborough Bridge. Ford was signed by the New York Yankees as an amateur free agent in 1947, and played his entire career in a Yankees uniform. He was given the nickname ''Whitey'' while in the minor leagues for his exceptionally blond hair. Ford graduated from Aviation High School in nearby Sunnyside, Queens. Ford began his Major League Baseball career on July 1, 1950, with the Yankees and made a spectacular debut, winning his first nine decisions before losing a game in relief. Ford received a handful of lower ballot Most Valuable Player votes despite throwing just 112 innings, and was voted the AL Rookie of the Year by the Sporting News. (Walt Dropo was the Rookie of Year choice of the BBWAA.) In 1951 and 1952 he served in the Army during the Korean War. He rejoined the Yankees for the 1953 season, and the Yankee ''Big Three'' pitching staff became a ''Big Four'', as Ford joined Allie Reynolds, Vic Raschi and Eddie Lopat.

Pitching career
Eventually Ford went from the No. 4 pitcher on a great staff to the universally acclaimed No. 1 pitcher of the Yankees, becoming known as the ''Chairman of the Board'' for his ability to remain calm and in command during high pressure situations. He was also known as ''Slick'' a nickname given to him, Billy Martin and Mickey Mantle by manager Casey Stengel who called them Whiskey Slicks. Ford's guile was necessary because he did not have an overwhelming fastball, but being able to throw several other pitches very well gave him pinpoint control. Nonetheless, Ford was an effective strikeout pitcher for his time, tying the then AL record for six consecutive strikeouts in 1956, and again in 1958. Ford pitched 2 consecutive one hit games in 1955 to tie a record held by several pitchers. He never pitched a no hitter.

In 1955, Ford led the American League in complete games and games won; in 1956 in earned run average and winning percentage; in 1958, in earned run average; and in both 1961 and 1963, in games won and winning percentage. Ford won the Cy Young Award in 1961; he likely would have won the 1963 AL Cy Young, but this was before the institution of a separate award for each league, and Ford could not match Sandy Koufax's numbers for the Los Angeles Dodgers of the National League. He would also have been a candidate in 1955, but this was before the award was created.

Some of Ford's totals were depressed by Yankees manager Casey Stengel who viewed Ford as his top pitching asset, and often reserved his ace left hander for more formidable opponents such as the Tigers, Indians and White Sox. When he became manager in 1961, Ralph Houk promised Ford he would pitch every fourth day, regardless of opponent; after exceeding 30 starts only once in his nine seasons under Stengel, Ford had 39 in 1961. A career best 25-4 record and the Cy Young Award ensued, but Ford's season was overshadowed by the home run battle between Roger Maris and Mickey Mantle. As a left hander, Ford was also deft at keeping runners at their base: He set a record in 1961 by pitching 243 consecutive innings without allowing a stolen base.

In May 1963, after pitching a shutout, Ford announced he had given up smoking. He said, ''My doctor told me that whenever I think of smoking, I should think of a bus starting up and blowing the exhaust in my face.'' Years later, Ford admitted having made illicit concessions to age: ''I didn't begin cheating until late in my career, when I needed something to help me survive. I didn't cheat when I won the twenty-five games in 1961. I don't want anybody to get any ideas and take my Cy Young Award away. And I didn't cheat in 1963 when I won twenty-four games. Well, maybe a little.''

Career statistics
Ford won 236 games for New York (career 236 - 106), still a franchise record. Red Ruffing, the previous Yankee record holder, still leads all Yankee right handed pitchers, with 231 of his 273 career wins coming with the Yankees. Other Yankee pitchers have had more career wins (for example, Roger Clemens notched his 300th career victory as a Yankee), but amassed them for multiple franchises. David Wells tied Whitey Ford for 13th place in victories by a left hander on August 26, 2007. Among pitchers with at least 300 career decisions, Ford ranks first with a winning percentage of .690, the all time highest percentage in modern baseball history. Ford's career winning percentage cannot be attributed solely to being on a good team: The Yankees were 1,486 - 1,027 during his 16 years; without his 236 - 106, they had 1,250 wins and 921 losses, for a won loss percentage of .576. Ford was thus 11.4 percentage points higher than his team's record, independent of his record. Ford's 2.75 earned run average is the lowest among starting pitchers whose careers began after the advent of the Live Ball Era in 1920. Ford's worst ever ERA was 3.24. Ford had 45 shutout victories in his career, including eight 1-0 wins.

World Series and All Star Games
Ford's status on the Yankees was underscored by the World Series. Ford was New York's Game One pitcher in 1955, 1956, 1957, 1958, 1961, 1962, 1963, and 1964. He is the only pitcher to start four consecutive Game Ones, a streak he reached twice. In the 1960 World Series against the Pittsburgh Pirates, Stengel altered this strategy by holding Ford back until Game Three, a decision that angered Ford. The Yankees' ace won both his starts in Games Three and Six with complete game shutouts, but was then unavailable to relieve in the last game of a Yankees loss, Bill Mazeroski's walk off home run in the bottom of the ninth winning the game, and the Series, for the Pirates. Ford always felt that had he been able to appear in three of the games instead of just two, the Yankees would have won. Upper management may have agreed: Stengel was fired following the Series.

For his career, Ford had 10 World Series victories, more than any other pitcher. Ford also leads all starters in World Series losses (8) and starts (22), as well as innings, hits, walks, and strikeouts. In 1961 he broke Babe Ruth's World Series record of 29-2/3 consecutive scoreless innings. (The record would eventually reach 33-2/3. It is still a World Series record, although Mariano Rivera broke it as a postseason record in 2000.) Ford won the 1961 World Series MVP. In addition to Yankee Stadium, Ford also pitched World Series games in seven other stadiums:

Retirement
Whitey Ford's number 16 was retired by the New York Yankees in 1974. Ford ended his career in declining health. In August 1966, he underwent surgery to correct a circulatory problem in his throwing shoulder. In May 1967, Ford lasted just one inning in what would be his final start, and he announced his retirement at the end of the month at age 38.

Ford wore number 19 in his rookie season. Following his return from the army in 1953, he wore number 16 for the remainder of his career. He was elected to baseball's Hall of Fame in 1974 with his longtime pal and Yankee teammate Mickey Mantle; at that time, the Yankees retired his number 16. On August 2, 1987, the Yankees dedicated plaques for Monument Park at Yankee Stadium for Ford and another left handed pitcher who reached the Hall of Fame, Lefty Gomez; Ford's plaque calls him ''One of the greatest pitchers ever to step on a mound.''

After his career ended, Ford admitted to occasionally cheating by doctoring baseballs in various ways, such as the ''mudball'', which could only be used at home in Yankee Stadium: Yankee grounds keepers would wet down an area near the catcher's box where Yankee catcher Elston Howard was positioned; pretending to lose balance on a pitch while in his crouch and landing on his right hand (with the ball in it), Howard would coat one side of the ball with mud. Ford would sometimes use the diamond in his wedding ring to gouge the ball, but he was eventually caught by an umpire and warned to stop; Howard then sharpened a buckle on his shinguard and used it to scuff the ball. Ford admitted in several interviews to doctoring the ball in the 1962 All Star Game at Candlestick Park to strike out Willie Mays. Ford had a vested interest in doing so; Ford and Mantle had accumulated $1200 ($8,713 in current dollar terms) in golf pro shop purchases as guests of Horace Stoneham at the Giants owner's country club, a tab which Stoneham had agreed to pick up if Ford could strike out Mays.

In 1977, Ford was part of the broadcast team for the first game in Toronto Blue Jays history. In 1999, Ford ranked 52nd on The Sporting News list of Baseball's Greatest Players, and was a nominee for the Major League Baseball All-Century Team. In 2003, Ford was inducted into the Nassau County Sports Hall of Fame. In 2008, Ford threw the first pitch at the 2008 Major League Baseball All Star Game. On September 21, 2008 Ford and Yogi Berra were guests of the broadcast team for the final game played at Yankee Stadium.

Biography
Born in Detroit, Michigan, Tresh started his career with the Yankees as a shortstop when Tony Kubek was in military service. On Opening Day of the 1962 season, Tresh was in the Yankees' lineup at shortstop. Not until Derek Jeter in 1996 would another Yankee rookie shortstop gain such an honor.

In 1962 he won both the MLB Rookie of the Year and The Sporting News Rookie of the Year awards, after hitting .286 (the highest mark of his career) with 20 home runs and 93 RBI in 157 games. When Kubek returned during the 1962 season, Tresh was moved to left field. At various times with the Yankees, Tresh played shortstop, outfield, and third base. In Game 5 of the 1962 World Series, he broke a 2-2 tie with a 3 run home run in the bottom of the 8th ining off Jack Sanford (who had won 24 games that season), leading to a 5-3 Yankee win and a 3-2 lead in games.

Tresh's batting averages declined precipitously during his career. Tresh never again hit as well as he did in his rookie year, and after nine years in New York, he was sent to Detroit in midseason 1969. Tresh was born and grew up in Detroit, making him a home town favorite. However, his career was over when he was released by the Tigers after the 1969 season; he had just turned 32 when he played his last game. Tresh hit 114 home runs from 1962 - 66, with a career high 27 in 1966, and made the American League All Star team in 1962 - 1963. A Gold Glove winner in 1965, he also homered from each side of the plate in three games, including a doubleheader in that season in which he hit four home runs, three of them in the second game. In a nine season career, Tresh was a .245 hitter with 153 home runs and 530 RBI in 1192 games. Following his playing career, Tresh returned to his alma mater, Central Michigan University. where he worked as an assistant placement director for many years. He helped to invent the Slide Rite, a training tool to teach sliding and diving skills for baseball, softball, football and soccer. Tresh died of a heart attack at his Venice, Florida home on October 15, 2008. 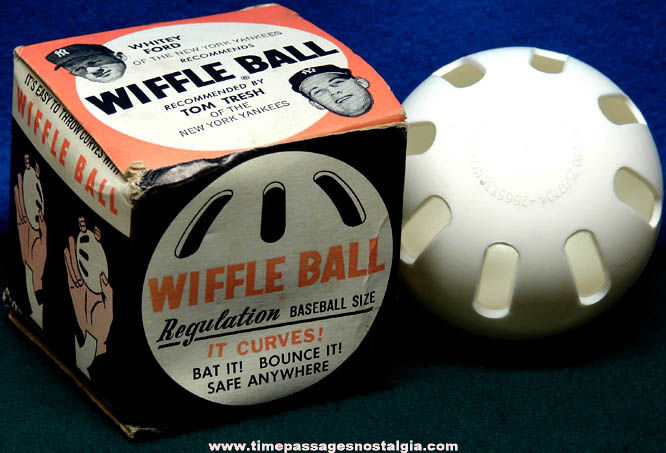 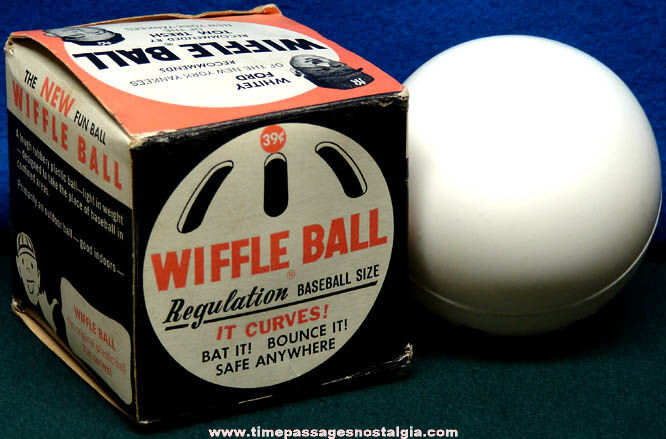