This is a 1 pint mug and it measures 5'' tall. It appears to be in good condition with some over all wear and a dent on the back as pictured. It could use a cleaning or polishing, but that will be left for the buyer to decide. Below here, for reference, is a short History on the U.S.S. Tinosa (SSN-606): 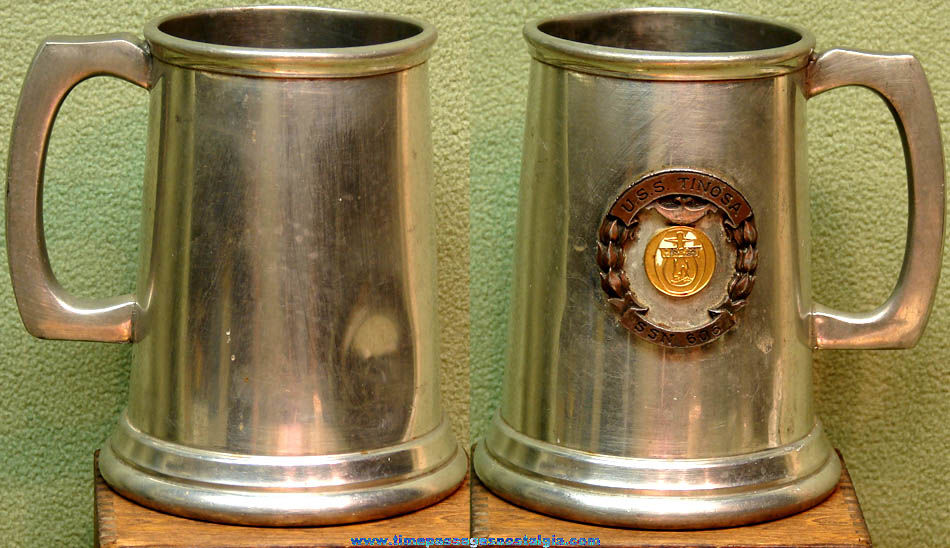