Shield
The colors green and gold, and the rampant lions have been adapted from a personal device of the Gallery family. The lions, symbolic of courage and strength, face in different directions indicating that the brothers for whom this ship is named, served in both theaters of operation during World War II. The star alludes to their many awards, and denote excellence and achievement. The crossed swords, adapted from the Officer and Enlisted badges, allude to Naval Combat Operations.

Crest
Blue and gold are the colors traditionally associated with the Navy. The upraised arm in green and gold is an adaptation from the Gallery family device. The collared and chained sea-wolf symbolizes the only capture of a U-boat from the German wolf-packs during World War II. The crest also symbolizes the curbing and destruction of the enemy sub activities in the Pacific theatre.
Motto: Manu Forti  ''With a Strong Hand'' 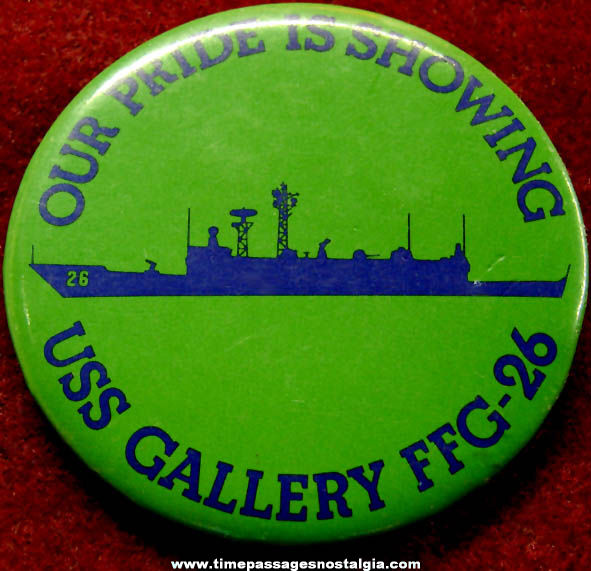