The bank figure measures about 7-3/4'' tall. It is in mint condition as pictured. Below here, for reference, is some additional information about the Big Boy restaurant franchise: 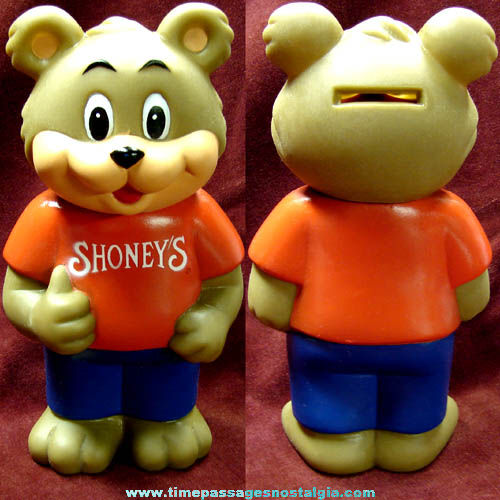