The books each measure 6-9/16'' x 8''. They have some light wear from use but they are generally in excellent condition as pictured. For reference below here is some additional information found on Miss Frances:

Frances Rappaport Horwich (born Frances Rappaport, 16 July 1907  22 July 2001) was the host of the popular children's television program ''Miss Frances' Ding Dong School''. Miss Frances was born in Ottawa, Ohio. She earned her Master's degree in education from Columbia University and received her Doctorate at Northwestern University. She became the head of the department of education at Chicago's Roosevelt College.

''Miss Frances' Ding Dong School'' was developed by the show's producer, Reinald Werrenrath Jr. together with Judith Waller, director of public affairs programming for the NBC Central Division and began to air in the Chicago area on NBC. The show quickly gained popularity among young children and was quickly broadcast nationally Mondays through Fridays in November of 1952. In this year she won the George Foster Peabody Award. The show at one time is suspected of having a 95 percent share on all pre-schoolers. In 1954 Miss Frances moved to New York where she supervised all of NBC's children's programming. She held this position until 1956 when the show was cancelled in favor of The Price is Right. Horwich owned the rights to Ding Dong School and syndicated the show until 1965. By 1970, Miss Frances returned to Chicago and became involved with local programming once again. She eventually retired with her husband Harvey, to Scottsdale, Arizona. She died of congestive heart failure on 22 July 2001 at the age of 94.

Miss Frances is famed for her uncompromising principles. In addition to resigning from NBC in protest of what she felt was commercialism over education, she would never advertise products a child could not use and would never advertise toys glorifying violence at all. She is also cited as inventing the approach of talking to the viewing audience like they were there with you. Other notable users of this are Mr. Rogers and Sesame Street. Miss Frances was mentioned by name in three different Peanuts strips. Miss Frances was inducted into the Silver Circle of the Chicago Chapter of the National Academy of the Television Arts and Sciences, on June 2 2001. In 2006, an Ohio Historical Marker was placed by the local Daughters of the American Revolution chapter in her hometown of Ottawa, Ohio. 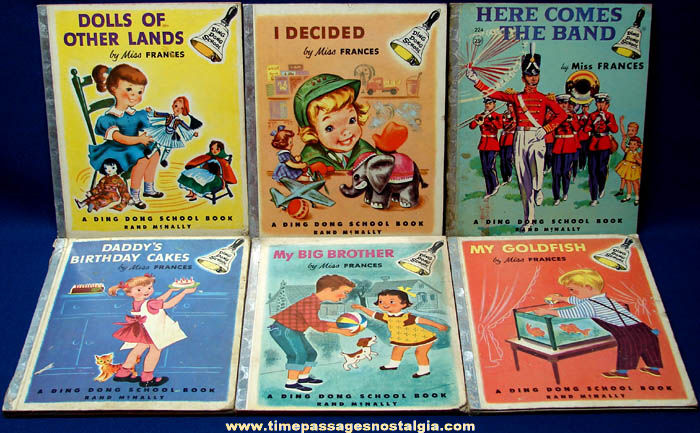