To judge the sizes the business card measures 3-1/2'' x 2''. These items are in various conditions as pictured. Below here, for reference, is some background and historical information about the Order of the Eastern Star:

''Interestingly enough, OES requires only the belief in a Supreme Being even though the degrees are based in both the Old and New Testaments. While non-Christians are not specifically barred from membership, it would seem to be difficult to be other than Christian and belong to the Order.'' 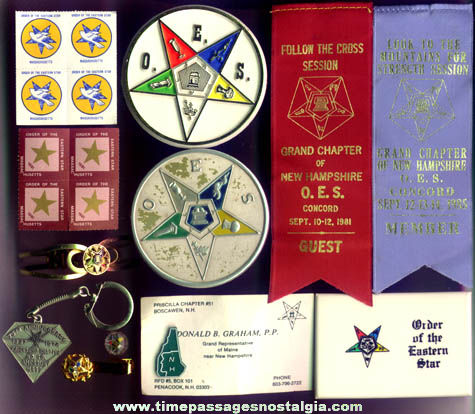