The front of these neckerchief slides measures 1-3/8'' x 2-3/8''. They are in near mint as made condition as pictured.

Here are a few words about The Old Man In The Mountains:

''The Profile was a natural rock formation that was formed by a series of geologic happenings that began an estimated 200 million years ago. Hovering majestically 1,200 feet above Profile Lake, the Old Man was made of five separate granite ledges arranged horizontally to form a man's profile. From chin to forehead, the Profile measured about 40 feet and was 25 feet wide.''

''Look north a short distance from where the Profile was to see a natural rock formation silhouetted against the skyline resembling the barrel of a cannon poking out from the parapet of a fortress. The shape of this rock formation gives Cannon Mountain its name.''

''The Old Man of the Mountain has been the State Symbol for New Hampshire and was chosen as representation for the New Hampshire Quarter.''

''The citizens of New Hampshire are mourning the loss of this familiar icon and appreciate the many expressions of condolence that have been pouring in to the New Hampshire Division of Parks and Recreation.'' 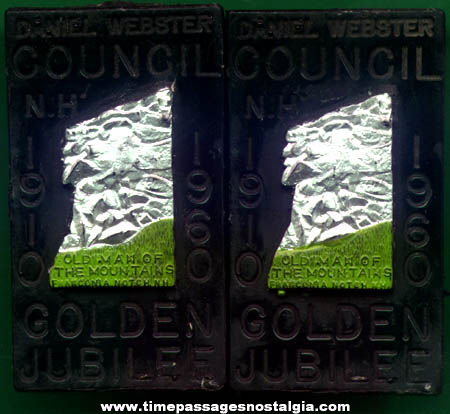