The cup or mug measures about 3-3/4'' tall. It appears to be in mint unused condition as pictured.

Below here, for reference, is some information about the U.S.S. Boston SSN-703:

U.S.S. Boston (SSN-703), a Los Angeles class submarine, was the seventh ship of the United States Navy to be named for Boston, Massachusetts.

History
The contract to build Boston was awarded to the Electric Boat Division of General Dynamics Corporation in Groton, Connecticut on 10 December 1973 and her keel was laid down on 11 August 1978. She was launched on 19 April 1980 sponsored by Mrs. Karen Dane Hidalgo (née Jernstedt), wife of the Secretary of the Navy Edward Hidalgo, and commissioned on 30 January 1982, with Captain Jon M. Barr in command. In 1998 Boston participated in a UNITAS South America deployment.

Decommissioning
Due to cutbacks in the Defense Budget; Boston, like many of her early Los Angeles class sisters was not given her mid life nuclear refueling, and was decommissioned and stricken on 19 November 1999 from the Naval Vessel Register. Ex-Boston entered the Nuclear Powered Ship and Submarine Recycling Program in Bremerton, Washington, on 1 October 2001 and on 19 September 2002 ceased to exist. Her sail and upper rudder were preserved for display at the Buffalo and Erie County Naval & Military Park in Buffalo, New York.

Awards
Boston was a much decorated ship. The crew distinguished themselves on numerous occasions by meritorious service and outstanding performance. Awards included the Arleigh Burke Fleet Award and the Marjorie Sterrett Battleship Fund Award, both of which are presented to one ship in the Pacific and one ship in the Atlantic. Her other awards included:

In fiction
Boston appears in the Tom Clancy novel Red Storm Rising, launching cruise missiles against military airfields inside the Soviet Union. While escorting her damaged sister Providence to safety she is sunk by torpedoes fired from an Alfa class submarine. 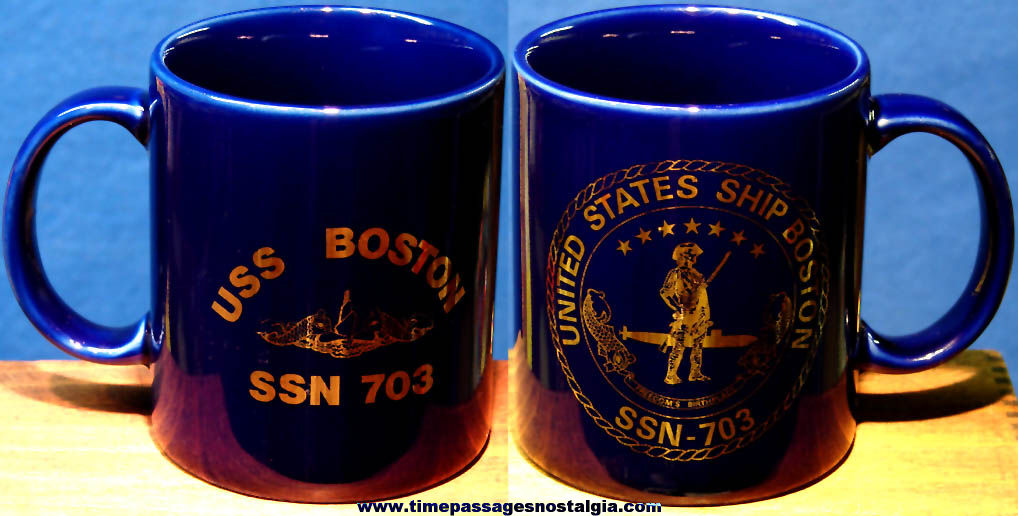