The U.S.S. John Rodgers (DD-983), a Spruance class destroyer, was the sixth ship of the United States Navy to be named for the three generations of the Rodgers family who served in the Navy.
John Rodgers was laid down on 12 August 1976 by Ingalls Shipbuilding, Pascagoula, Mississippi and launched on 18 March 1978; sponsored by Mrs. Roy C. Smith, Jr., the great, great granddaughter of Commodore John Rodgers; and commissioned on 4 September 1979.

The sea eagle, a sharp eyed, marine bird of prey, represents the ship's primary mission of detection and tracking, with the addition of incredibly deadly striking ability. The three arrowheads refer to the multi mission capabilities of the destroyer, as well as the naval service of the father, son, and great grandson for whom the ship is named.

On September 16, 1983 while operating off Lebanon, John Rodgers fired her guns against Syrian controlled portions of Lebanon in response to Syrian shelling near the residence of the U.S. ambassador. This made her the first ship to use the Mk 86 Gun Fire Control System in combat. On 19 September, U.S. policy shift from presence to direct support of Lebanese Army forces defending the strategically important village of Suk El Gharb in the Chouf Mountains east of Beirut. Along with Virginia, the two ships fired a total of 338 5-inch rounds. Ongoing fire support missions continued through 21 September.

In 1993, John Rodgers departed as the flagship for Commander, South Atlantic Force during UNITAS XXXIII. During this several months long deployment, she cooperated with the militaries of various South American nations, while making a number of goodwill port calls.

In 1995 she deployed as part of the NATO Standing Naval Force Atlantic. Because of active hostilities among the countries formed following the breakup of the Former Republic of Yugoslavia, she spent much of this deployment engaged in Maritime Interdiction Operations in the Adriatic Sea in support of Operation Sharp Guard.

Owing to the closure of the Naval Station Charleston by the BRAC Commission in 1995, John Rodgers transferred her homeport from Charleston, South Carolina to Mayport, Florida in August of that year. Mayport remained her homeport throughout the remainder of her service.

From January to March 1996, John Rodgers participated in joint exercises with the British Royal Navy and Royal Marines in the waters around Scotland. During this time she also made port visits to Bremerhaven, Germany and Amsterdam.

John Rodgers made eight major deployments, including extensive operations in the Mediterranean Sea, Black Sea, and the Persian Gulf. She also took part in numerous counter drug operations in the Caribbean Sea. She and her crew participated in Operations Shield, Support Democracy, and Sharp Guard.

John Rodgers was decommissioned and stricken on 4 September 1998; she was stored at NISMF Philadelphia, Pennsylvania, awaiting sale for scrap. By 2005 she had been sold to International Shipbreaking Limited of Brownsville, Texas although scrapping work had yet to be completed. On 29 December 2005, John Rodgers (DD-983) was spotted heading south along the east coast of south Florida under tow. She has since been broken up for scrap. 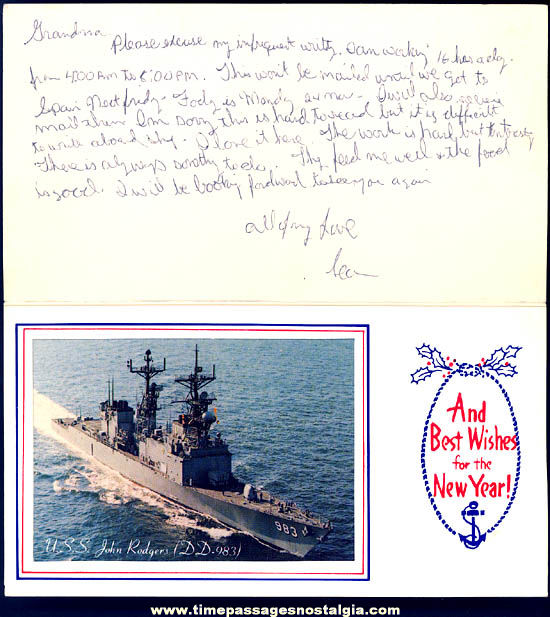 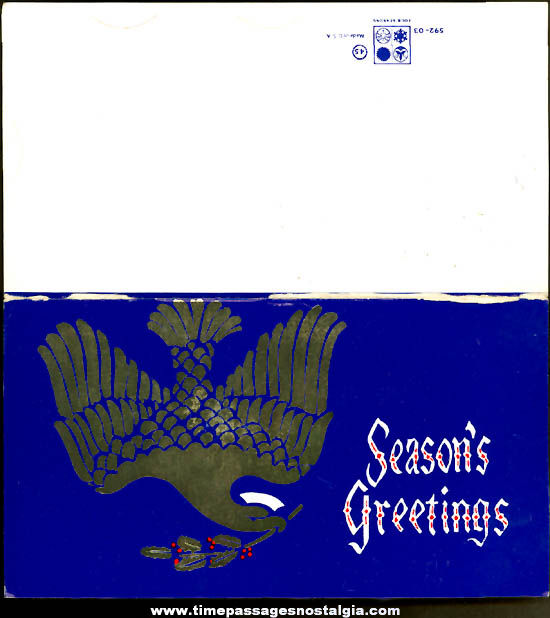