Following Messick's retirement as Brenda Starr's artist in 1980, the strip was continued by different female writer and illustrator teams. From 1980 through 1982, Messick continued scripting, and the strip was illustrated by Ramona Fradon. In 1982, Linda Sutter took over writing. Mary Schmich began scripting the strip in 1985, with Fradon continuing as the illustrator until her 1995 retirement. From 1995 onward, June Brigman illustrated Schmich's scripts. The final strip was published on January 2, 2011.

History
A greeting card illustrator for the Chicago Tribune Syndicate, Messick created Brenda Starr, Reporter following the rejection of a female pirate based comic strip that she had previously submitted. The character name, Brenda Starr, was based on Brenda Frazier, a debutante of the 1930s, while her appearance was based on the movie actress Rita Hayworth. The strip initially encountered resistance from Tribune editor Joseph Medill Patterson because its creator was a woman. After the strip was established, other instances of resistance were reported. Whenever Ms. Messick drew in cleavage or a navel, the syndicate would erase it. She was once banned in Boston after showing Brenda smoking a polka dot cigar. 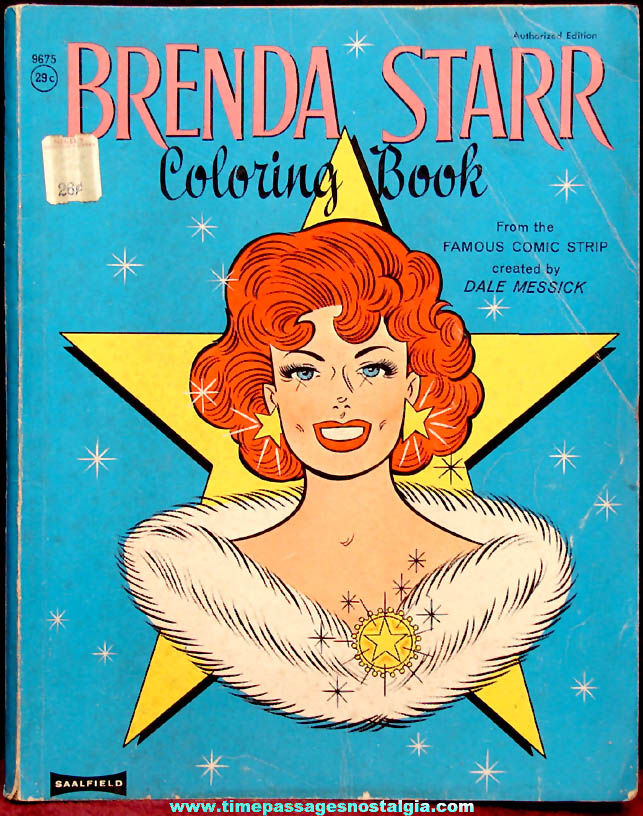